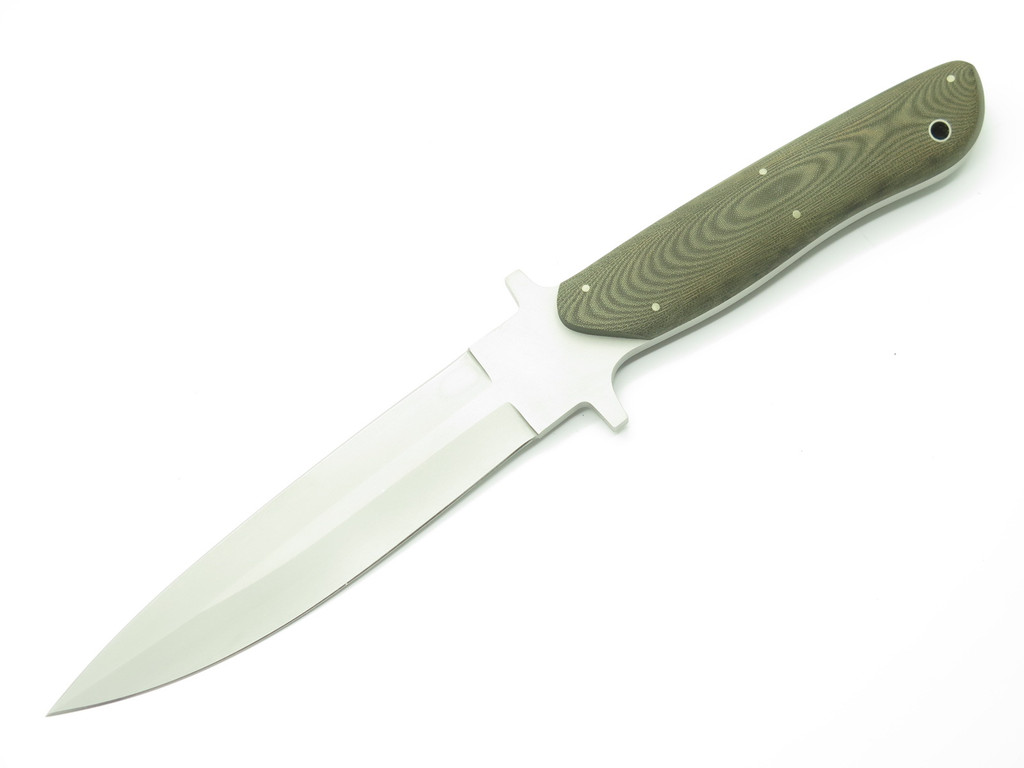 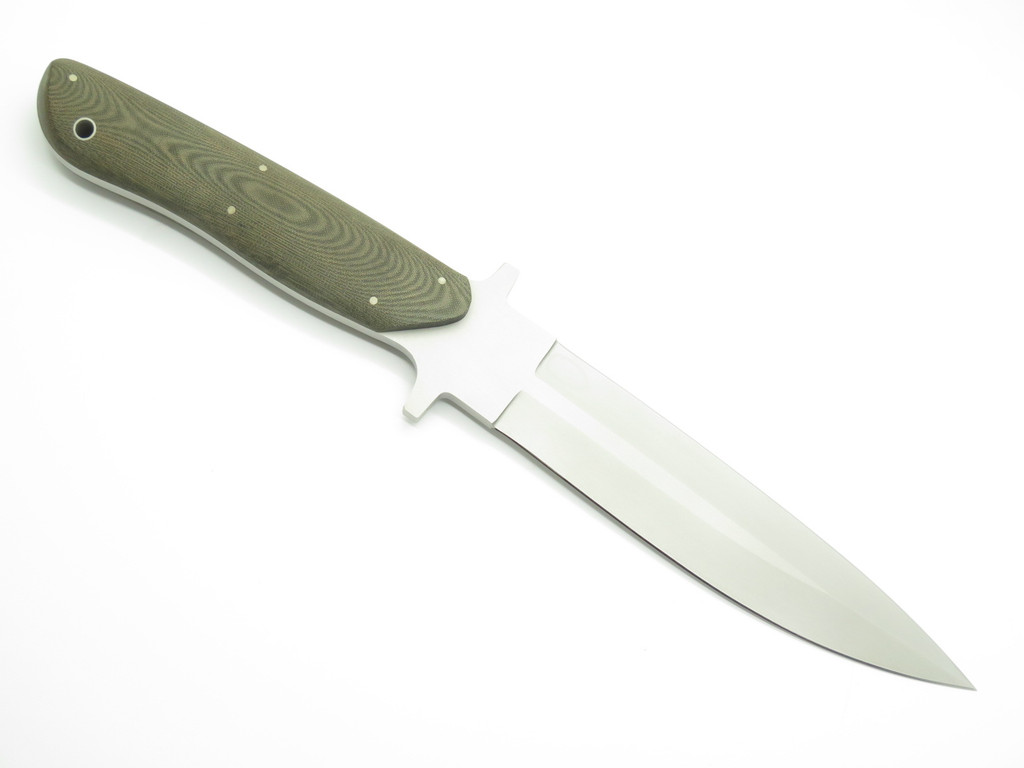 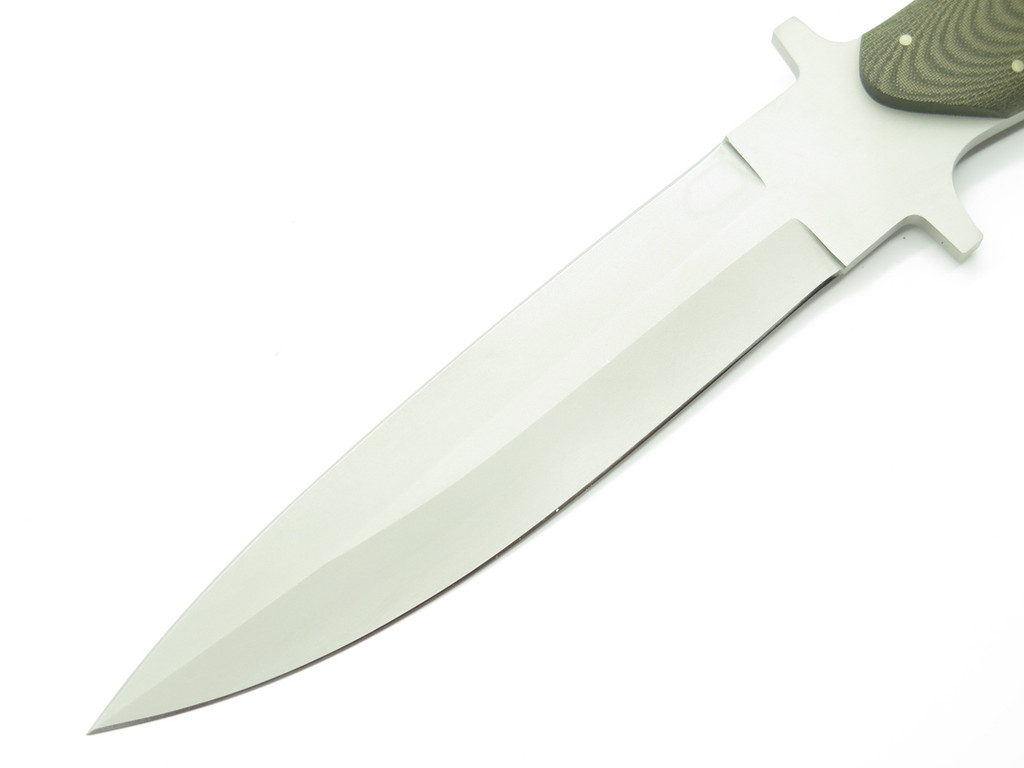 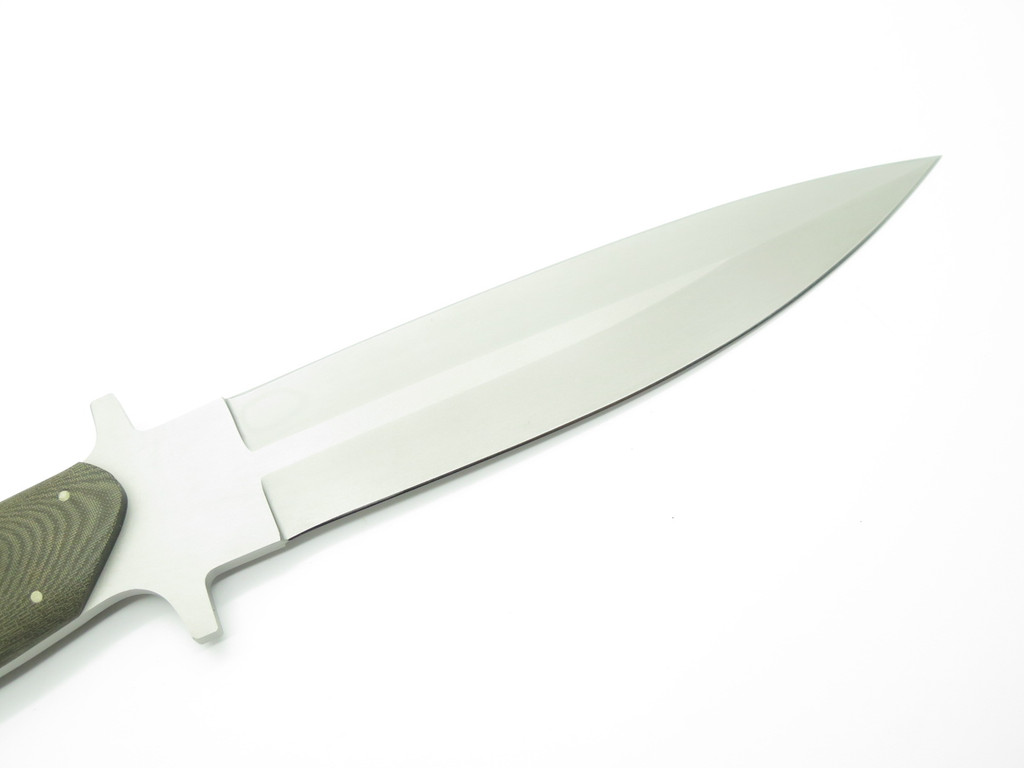 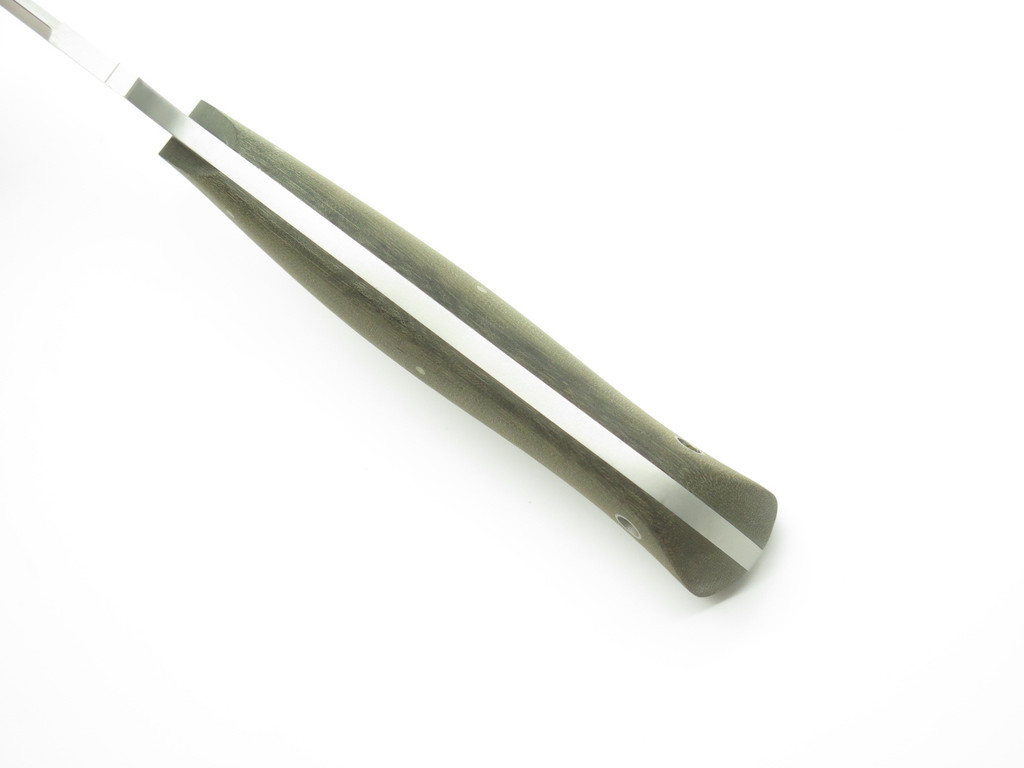 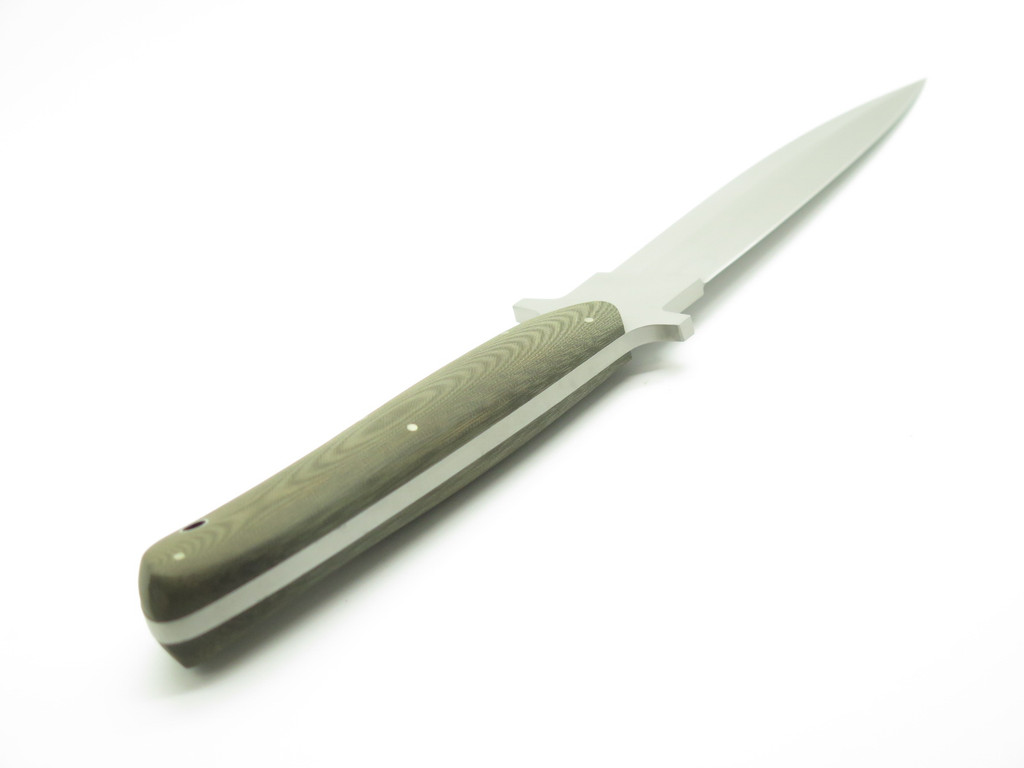 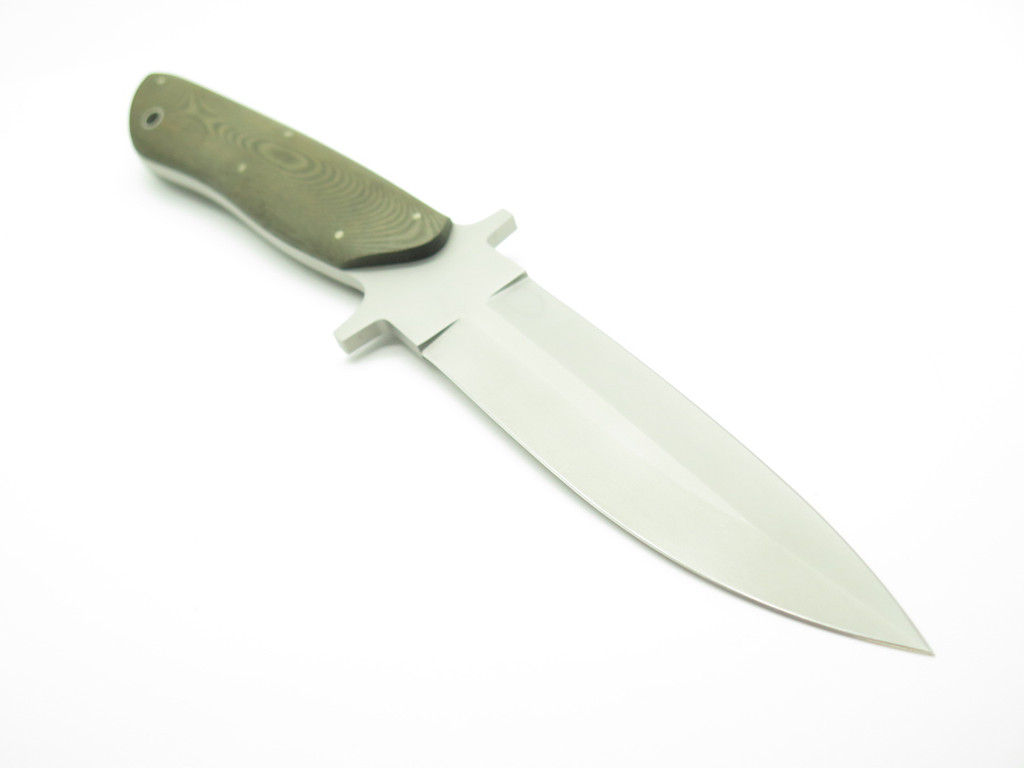 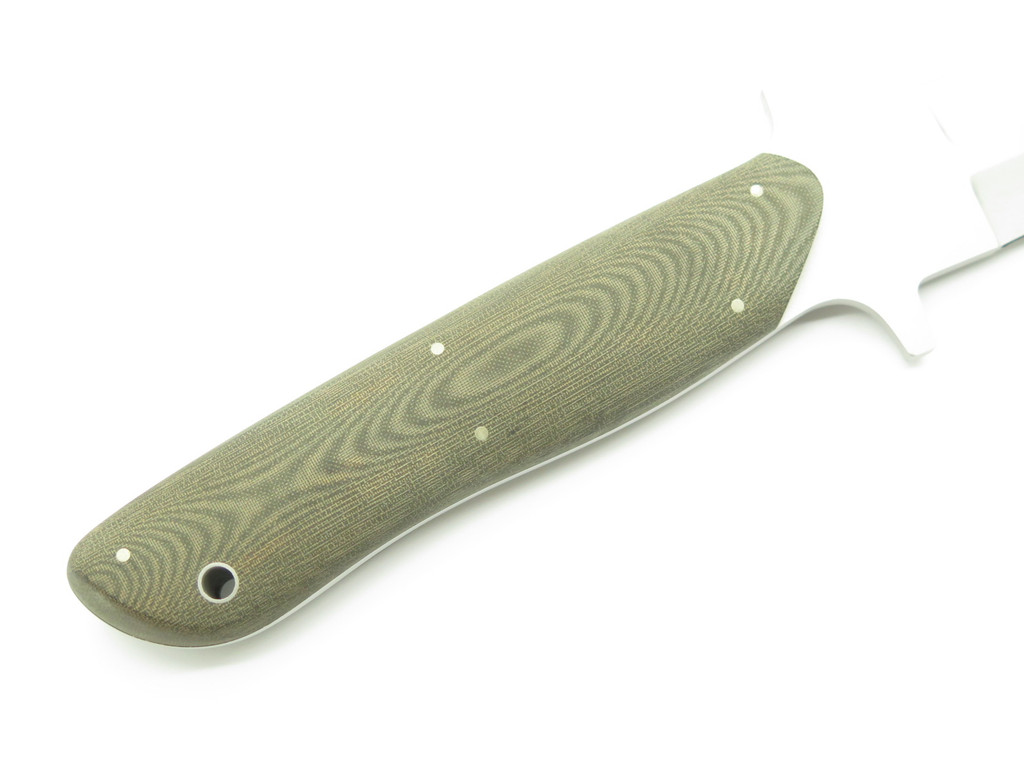 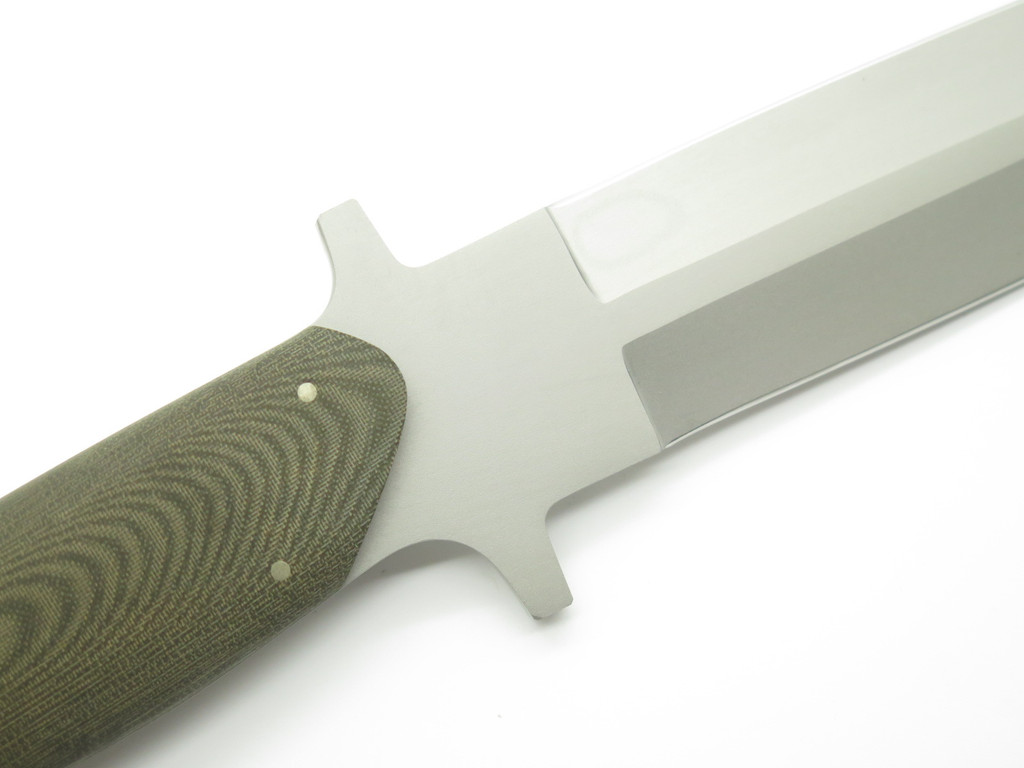 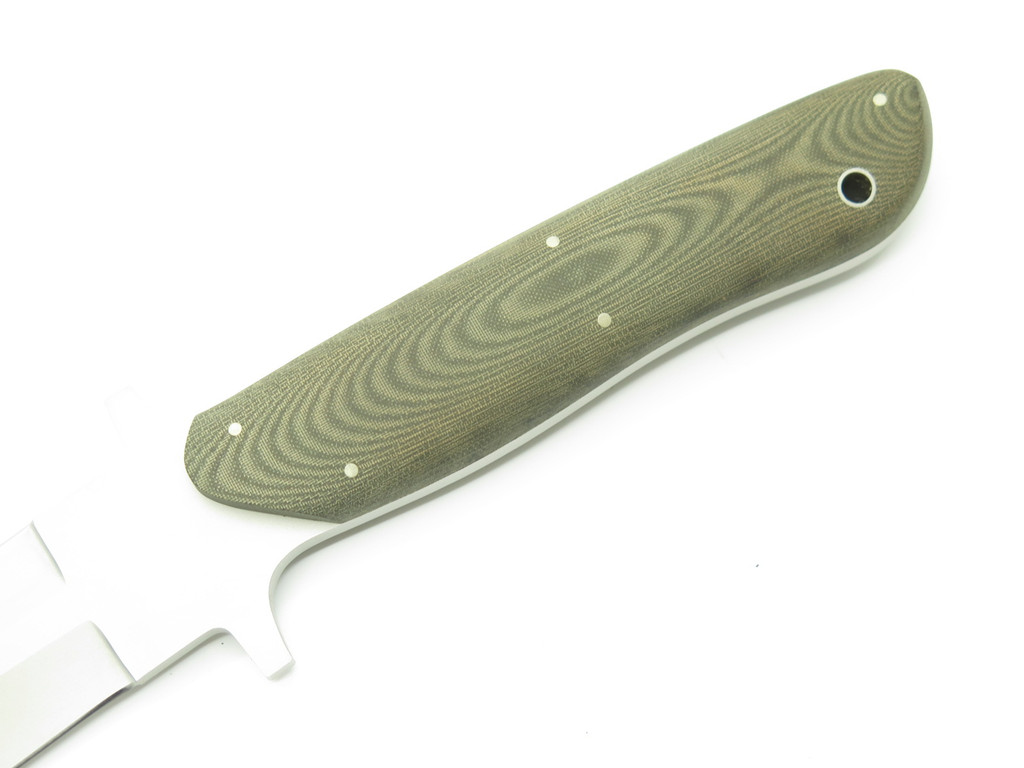 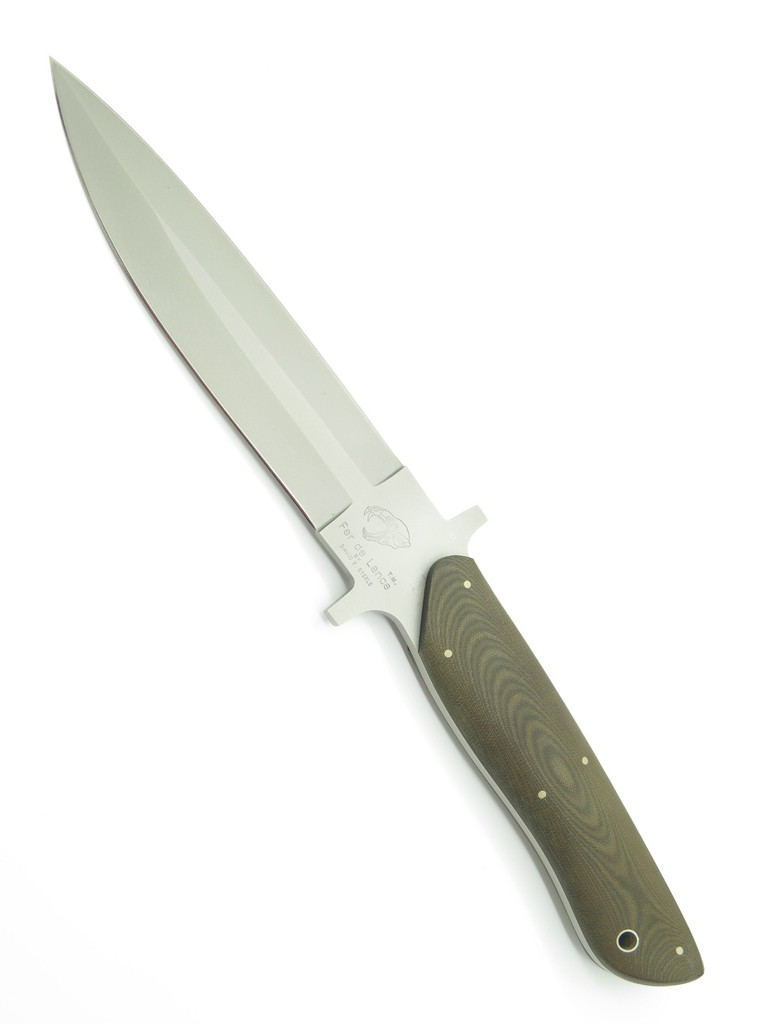 This is a vintage Fer De Lance fixed blade knife made by Hattori in Seki, Japan for Pacific Cutlery circa 1980s. This one is sterile (no marking) but the same knife that we had before with the markings (shown in last picture for example). Now known as Benchmade, Pacific Cutlery dates back to the pre-Benchmade company era and is branded Balisong - this is the scarce David Steele designed knife and one of the most sought after fighters from the time. It is elegantly designed and features a dual sharpened edge 6 3/8" long AUS-8 blade with integral guard and Micarta handle. Recently found by Hattori in Seki, Japan. Ichiro Hattori is one of the most widely known master knifemakers of Seki, Japan, producing knives for Kershaw, Browning, Fallkniven, Cold Steel and others for decades. Knife only, comes in foam bag with cardboard blade guard. Sheath not included, but we recommended the USA made Hogue 10.5 sheath sold elsewhere for about $30.

I had wanted one of these Fer de Lance knives for years, since seeing them in the collections of several friends. The knife stands out as desirable and collectable, both in its original design as a practical fighting knife by a noted US expert and prolific writer on martial arts, the late David E. Steele (1944–2013); and in its high quality manufacture in Seki city, Japan, under the Pacific Cutlery/Bali-song/Benchmade brand lineage. I was very pleased to obtain through this listing in ePrague one of these knives in tiptop near-mint condition, although it is offered without the black ballistic nylon sheath originally supplied. I took the good advice offered in ePrague’s listing and in several online knife blogs and chat forums to pair the Fer de Lance with the 10.5” fixed blade slim sheath made by Hogue Inc. I endorse that advice, as well as highly recommending this knife. Now that I can compare them, in my opinion, the Hogue sheath is of far superior design and construction, and preferable for practical purposes to the original Pacific Cutlery sheath for the Fer de Lance, although the original sheath is nice to have with the knife as a collectable.

One of the best fighting knives ever. Extremely high quality. Grind lines are perfect and it&#039;s extremely sharp.

$26.95
This is an Ocean Edge blunt tip dive knife blade made by Hattori for Ocean Edge circa 1980s-1990s. Made with the precision you would expect from this renowned maker, it features a sturdy 3/16" thick...
Add to Basket
Add to Basket
Magnum