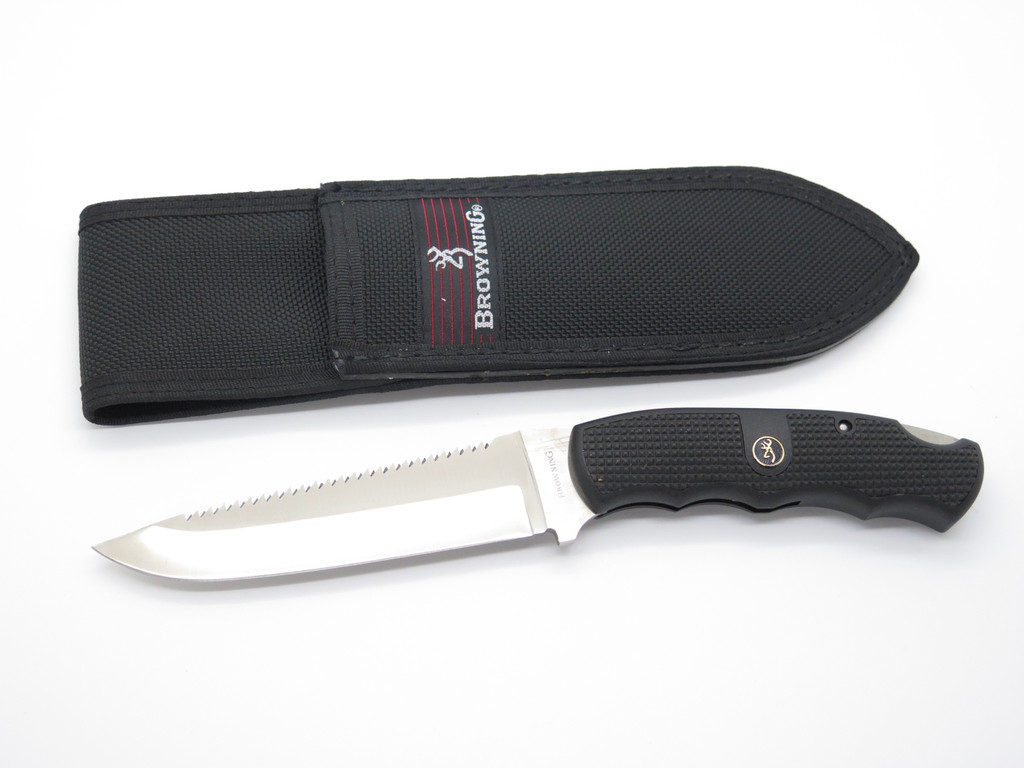 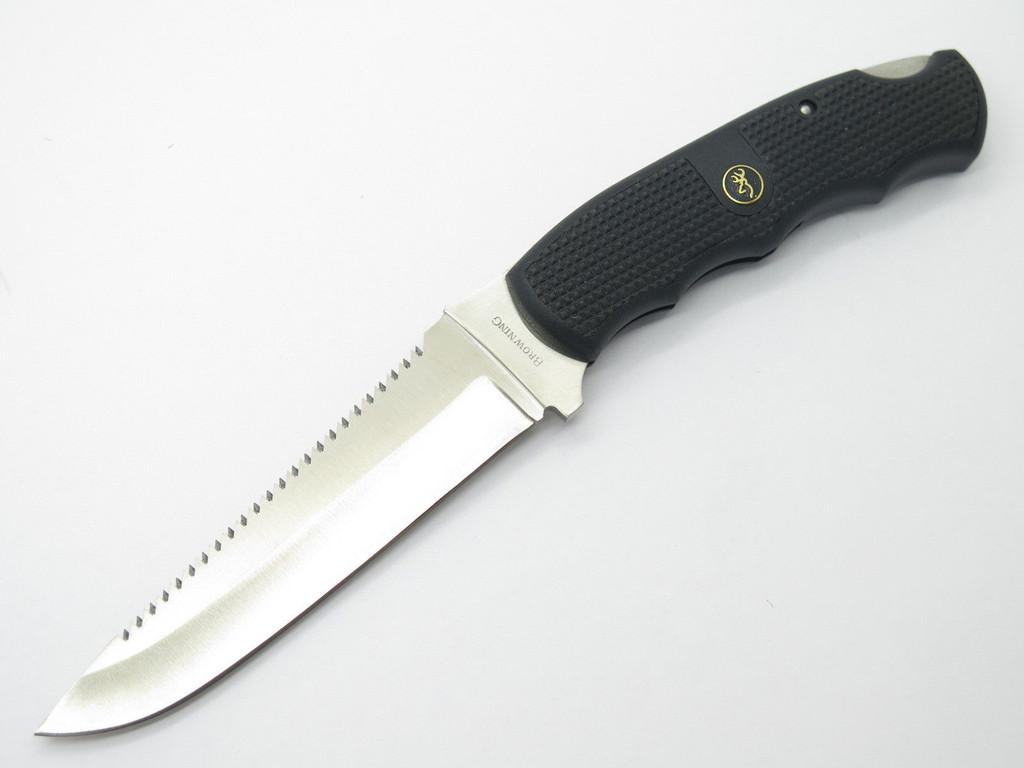 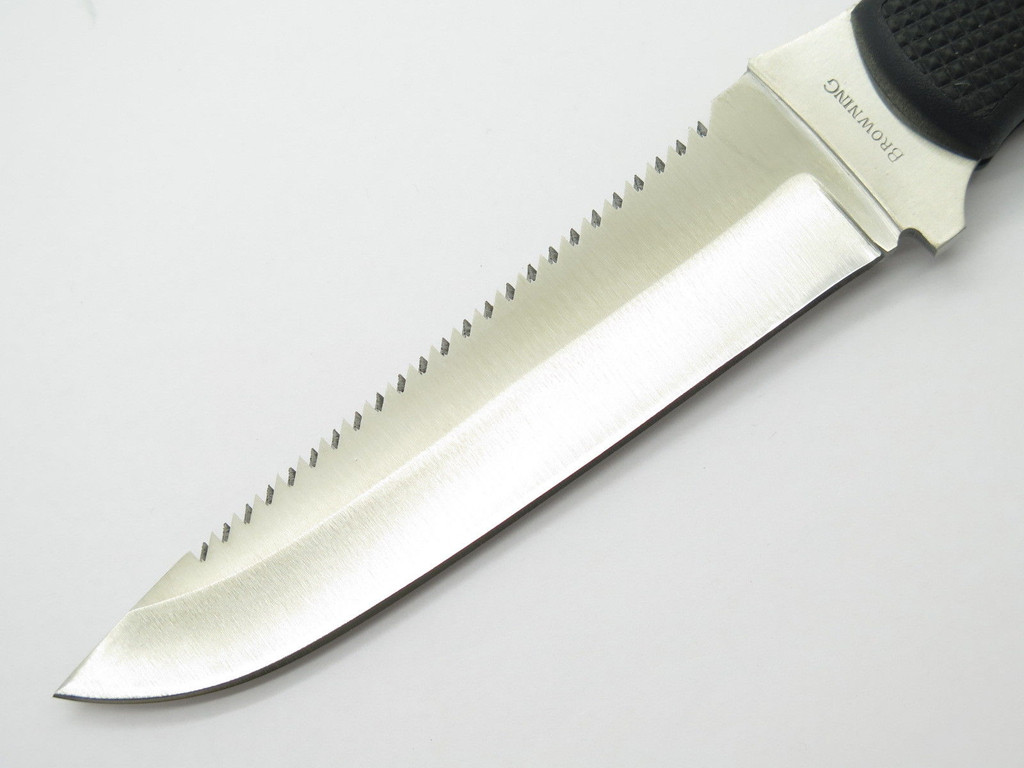 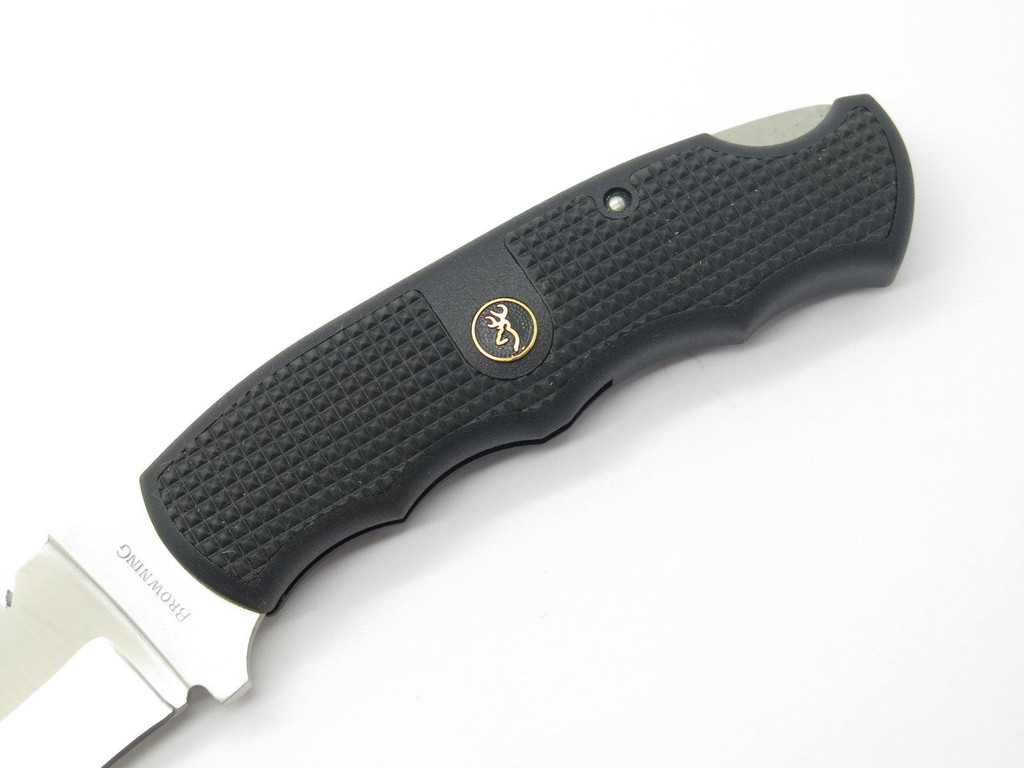 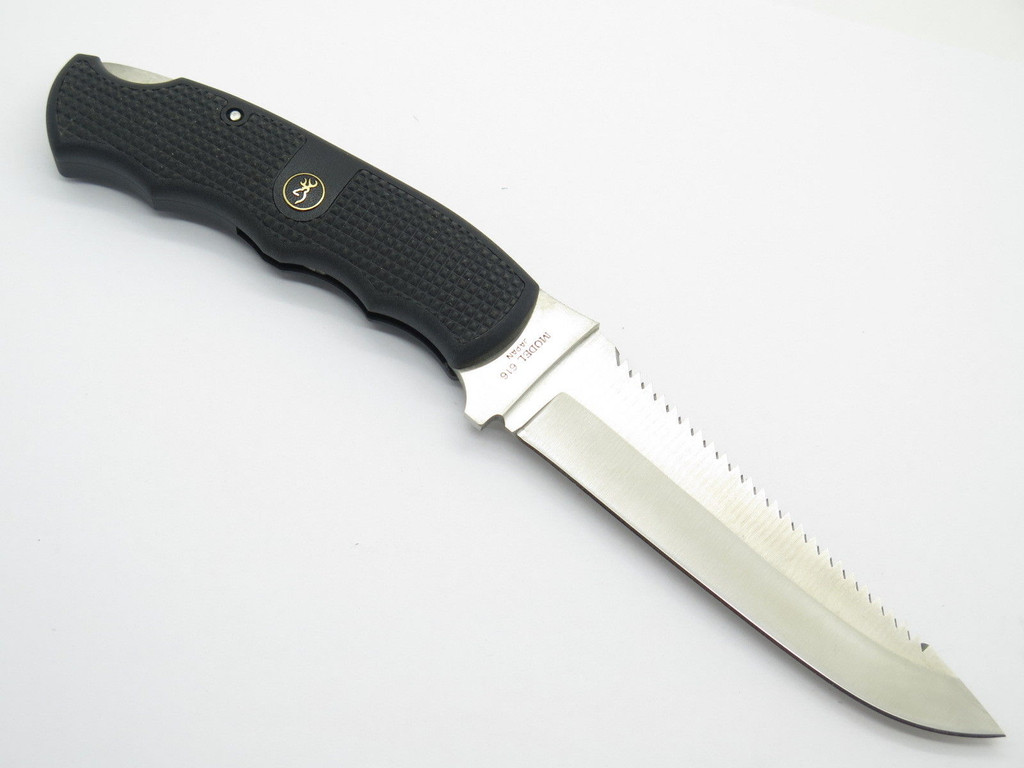 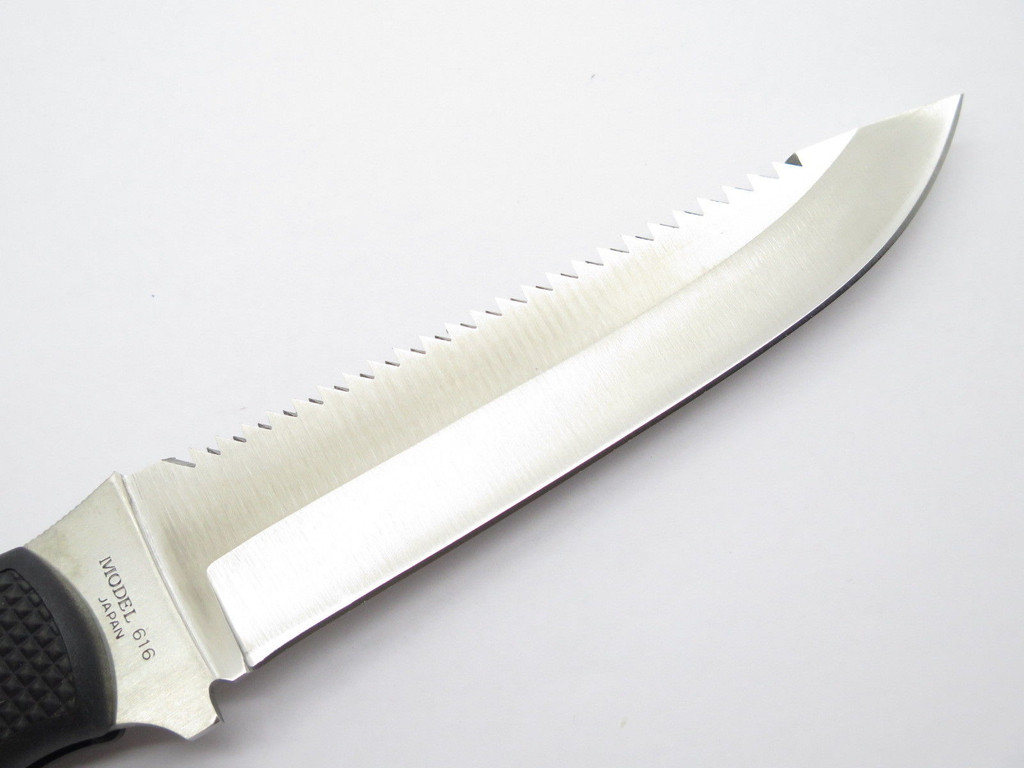 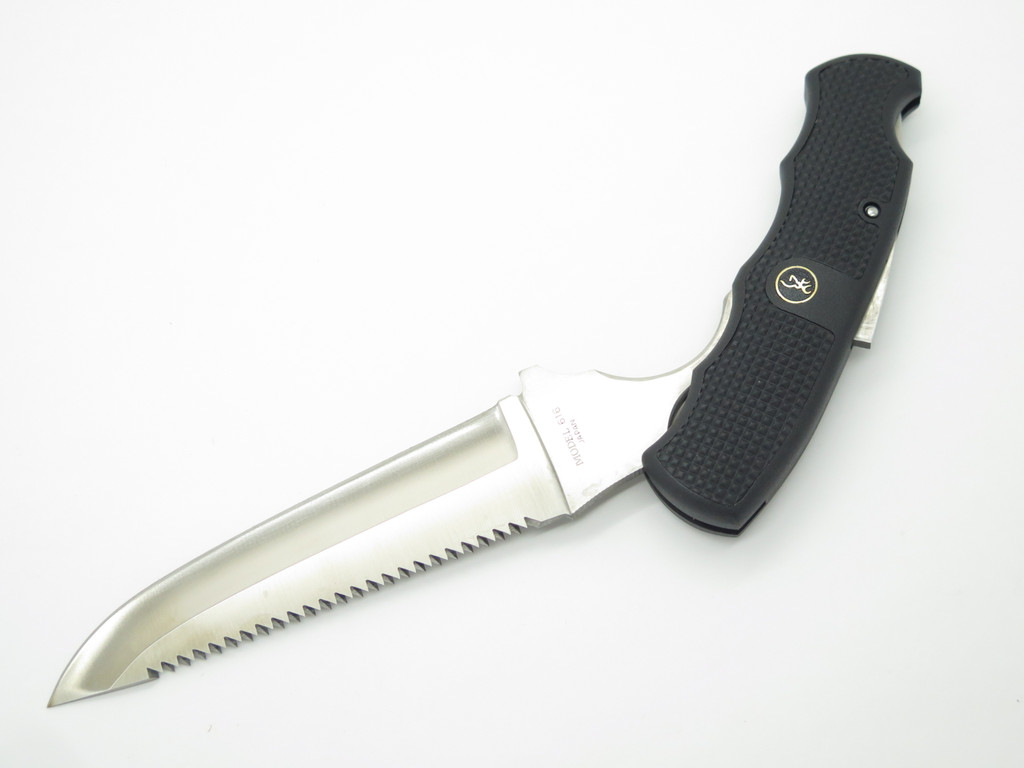 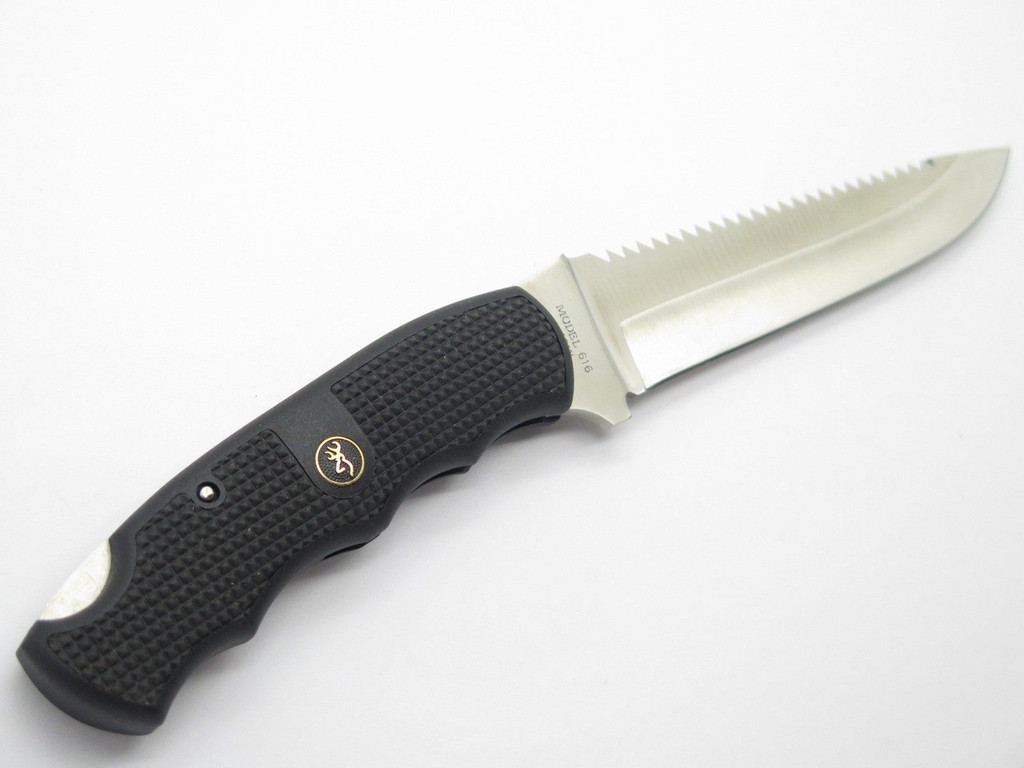 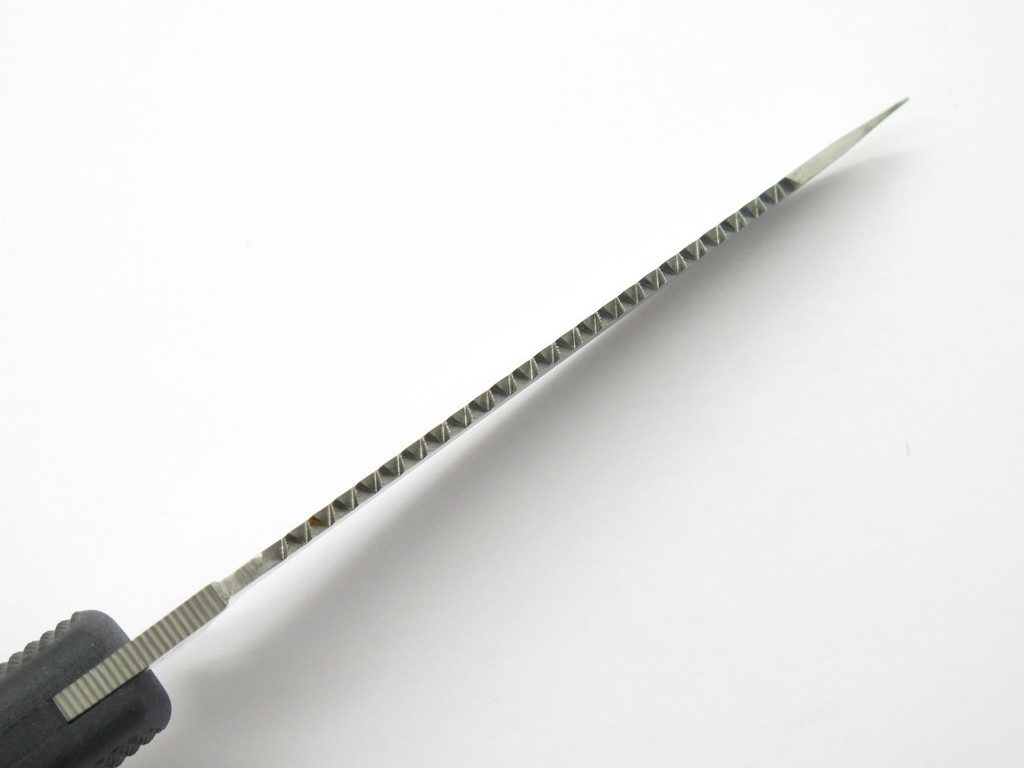 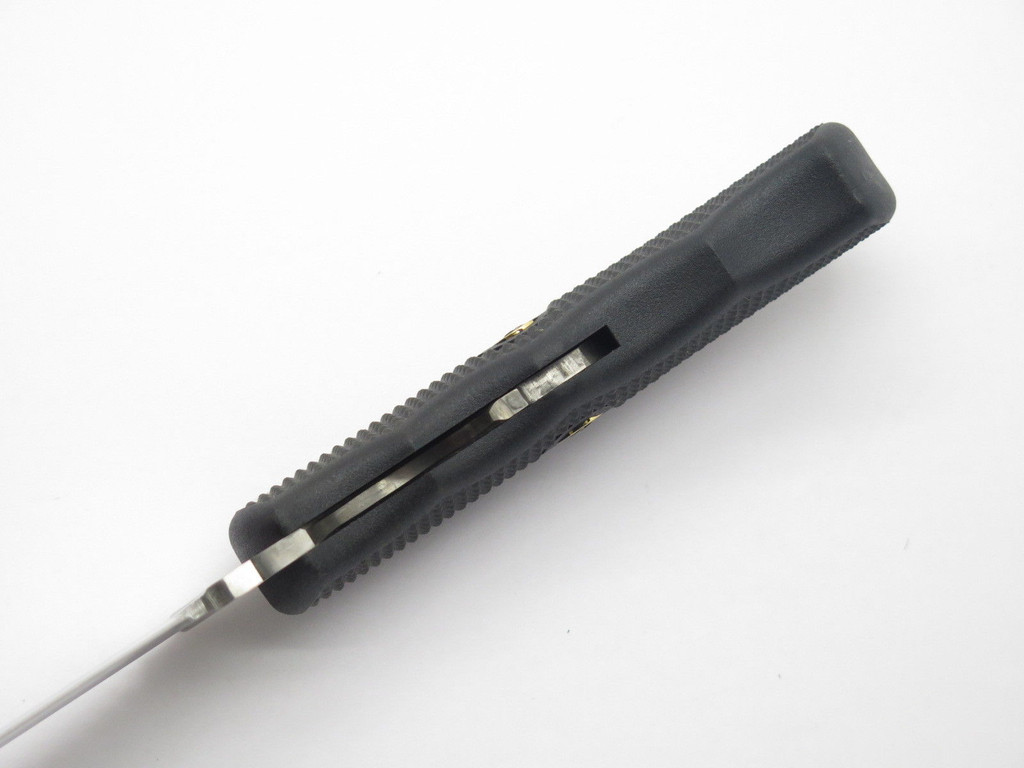 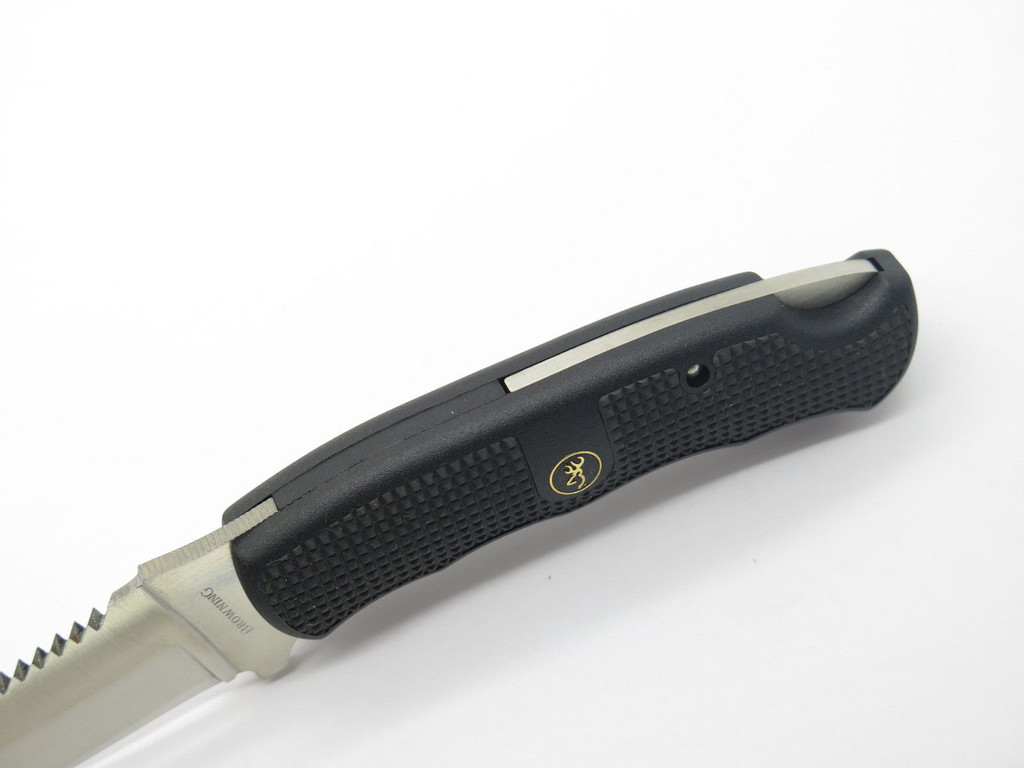 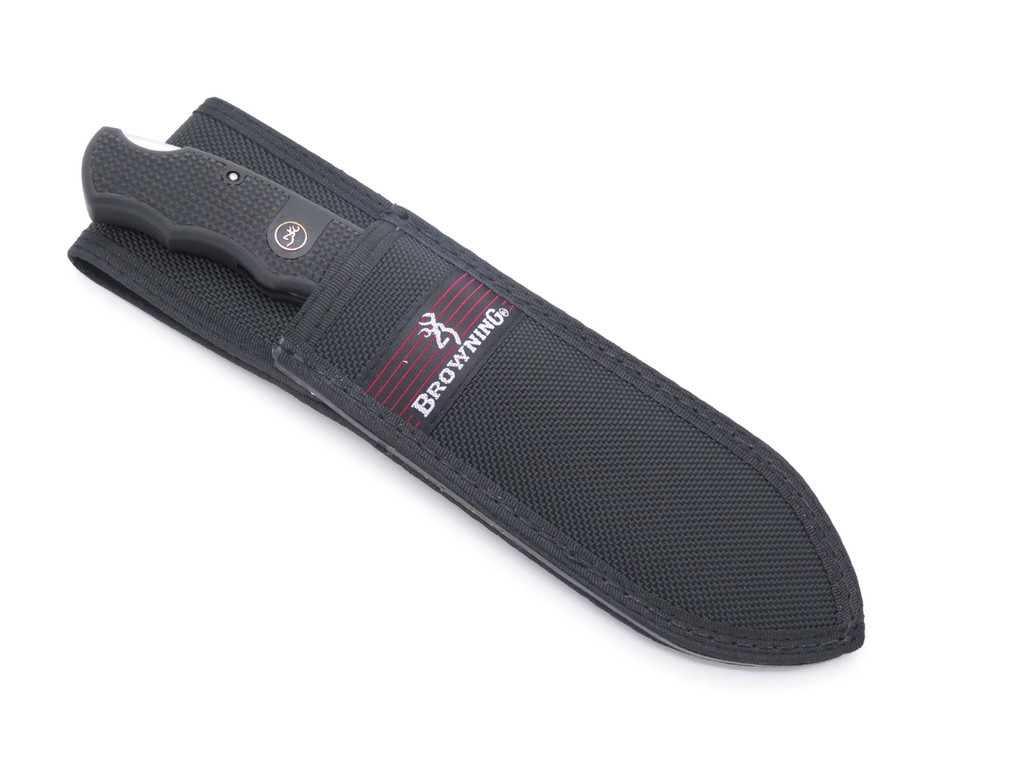 This is a high quality Browning hunting knife made by Tak Fukuta in the late 1990s-early 2000s. It features Browning's lockback Swivel-Lok which allows the knife blade to be locked open for blade use, or half-way for saw use. The blade is AUS-8 with an agressive sawback, and the handle is black thermoplastic with checkered rubber inserts. Tak Fukuta was the first Japanese member of the American Knife Maker's Guild, and apprentice to Bob Loveless. He hand crafted fine quality knives that impressed his mentor. Over the years, his factory in Seki, Japan also produced knives for Parker, Valor, Gutmann, Explorer, Frost, and Browning among others. After his passing, several vintage unused old stock models were found at his warehouse. This knife is one of these rare finds.

Looks great, Feels Great! I did not realize it Locks at 90 degree&#039;s Until I Started to sharpen it. I love the ability to use the saw back with full control of the Handle. This is the only thing you need dressing Game or even camping in a survival mode. The Blade is strong but not cumbersome and thin enough to Fillet out some Nice Fish.

$44.95
This is a high quality Browning hunting saw made by Tak Fukuta in the late 1990s-early 2000s. The blade is SK5 carbon steel with an agressive saw that will cut wood or bone. The handle is black...
Add to Basket
Add to Basket
Browning

$54.95
This is a high quality Browning hunting knife made by Tak Fukuta in the late 1990s-early 2000s. The blade is AUS-8 with a perfect design for skinning and has a large guthook, the handle is sturdy...
Add to Basket
Add to Basket
Browning

$74.95
This is a scarce field dressing folding made in Seki, Japan by Tak Fukuta circa 2000 for Browning. It measures 4.7" long closed and features a camo thermoplastic handle with grippy checkered inserts...
Add to Basket
Add to Basket