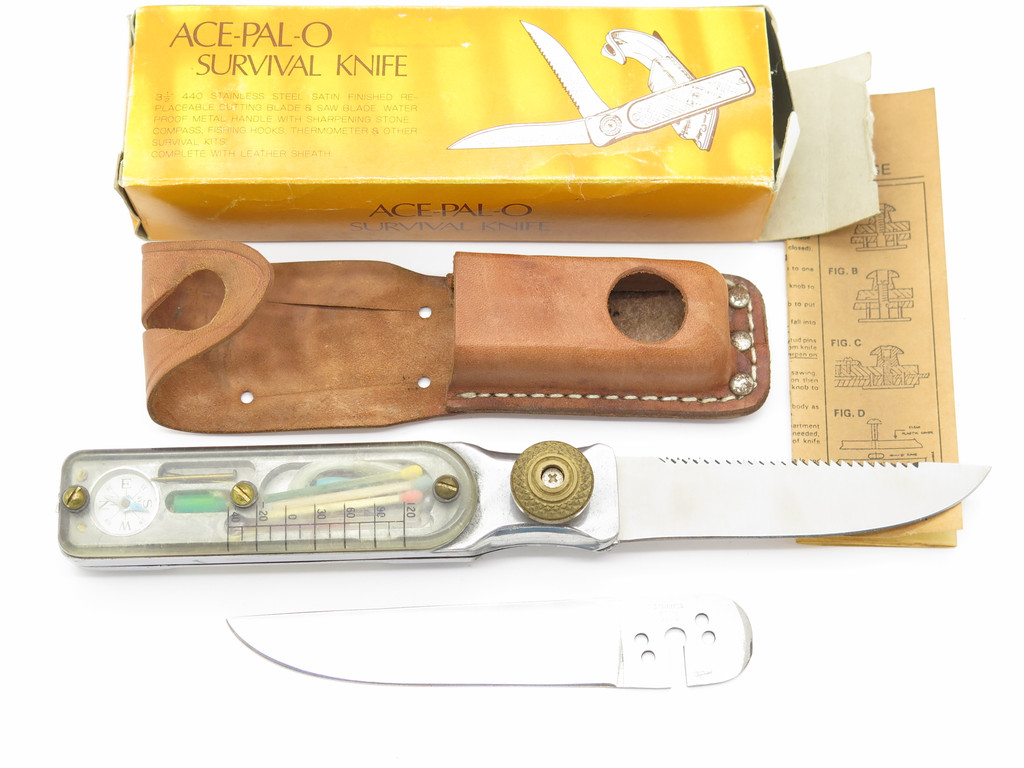 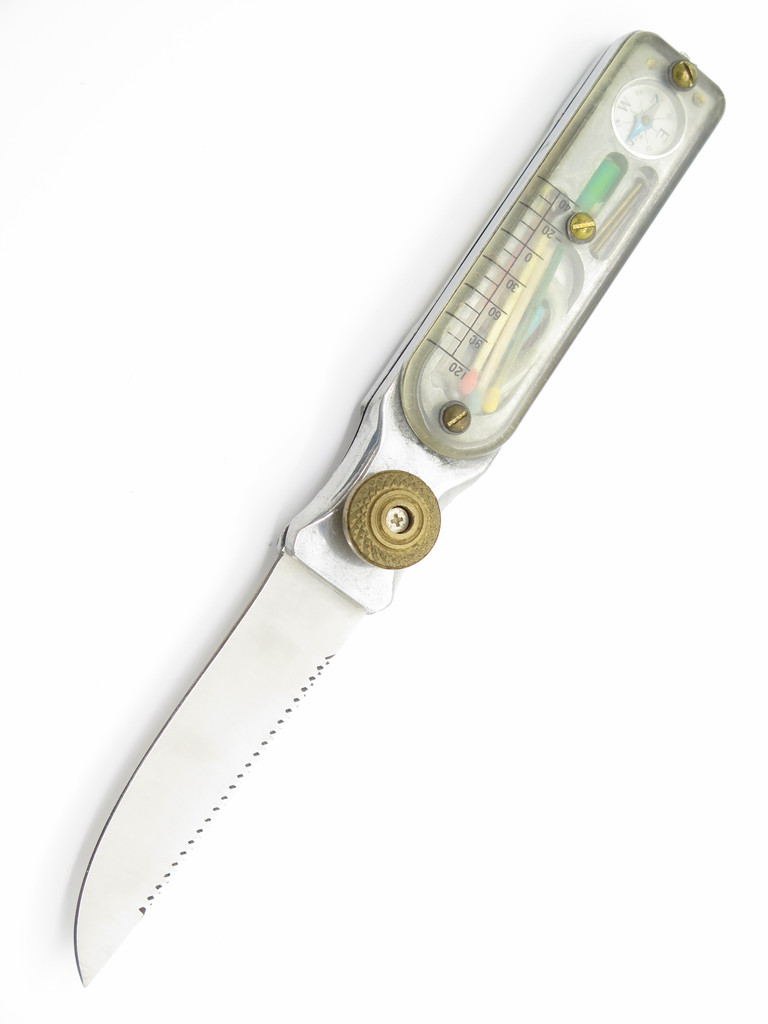 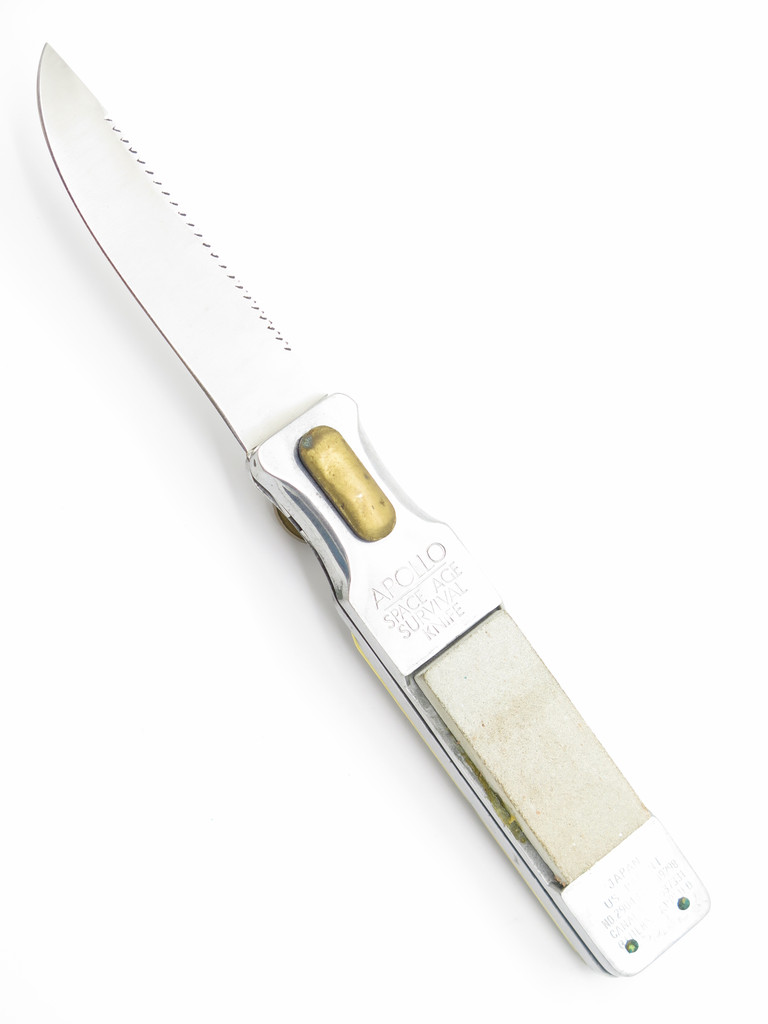 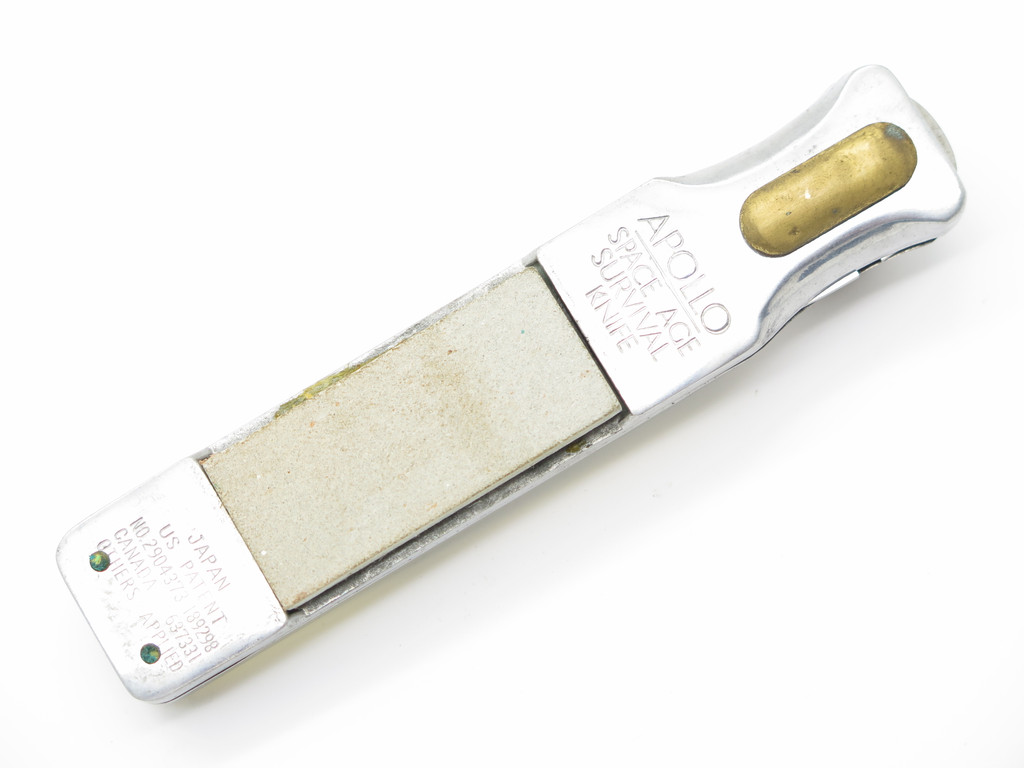 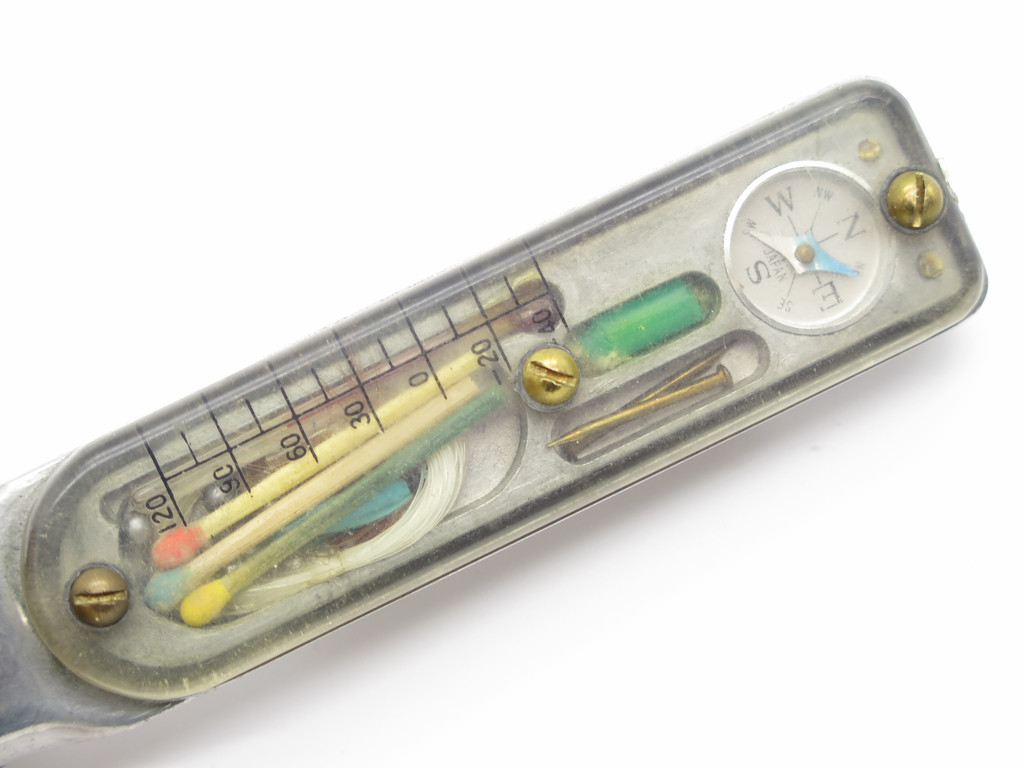 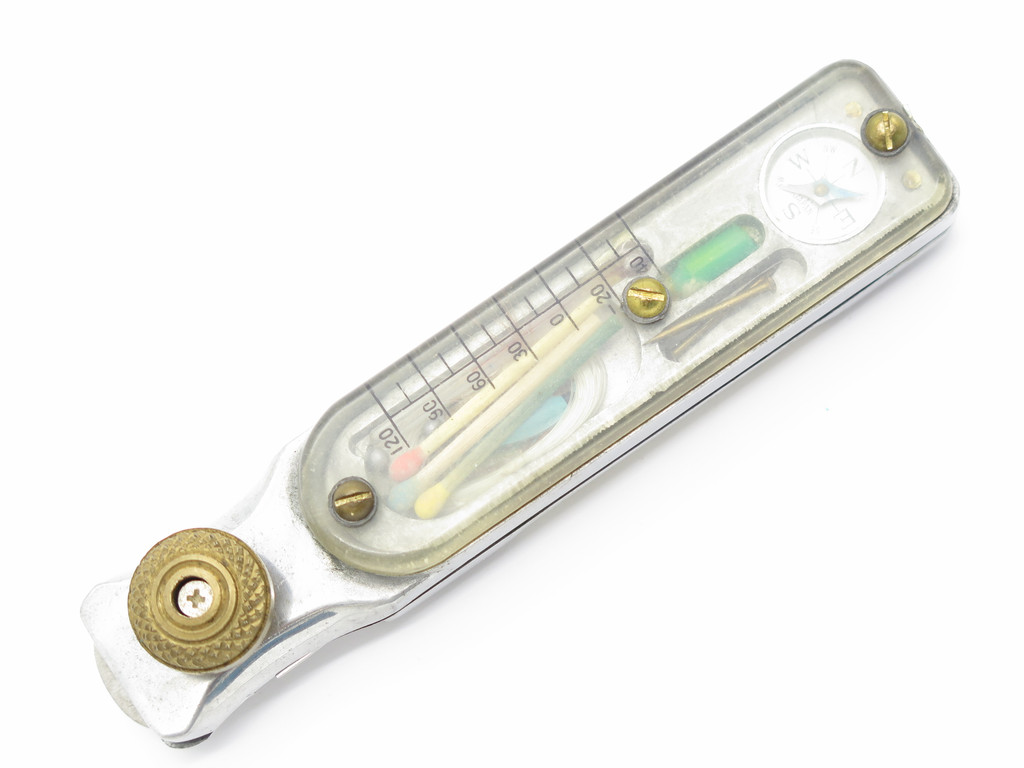 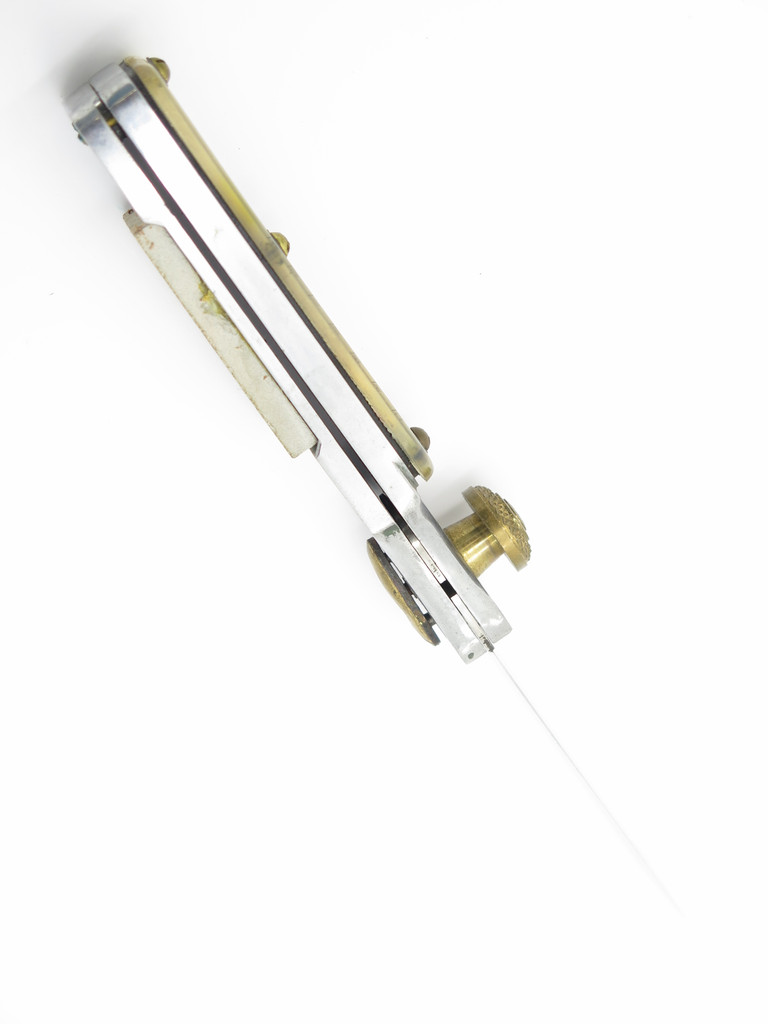 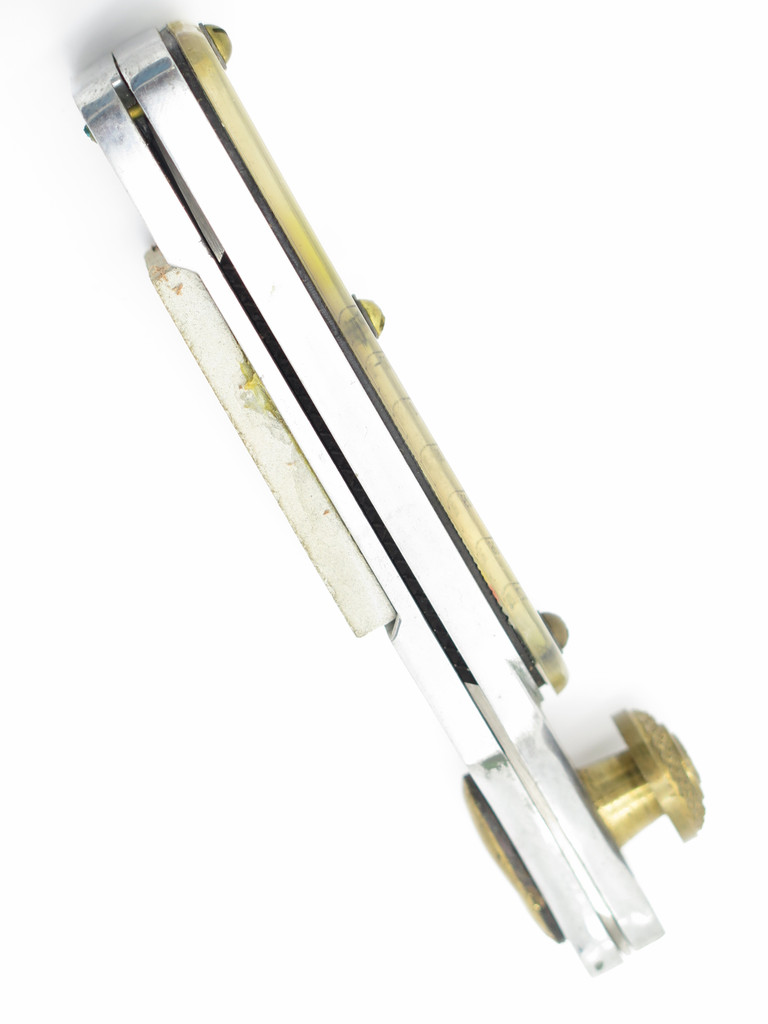 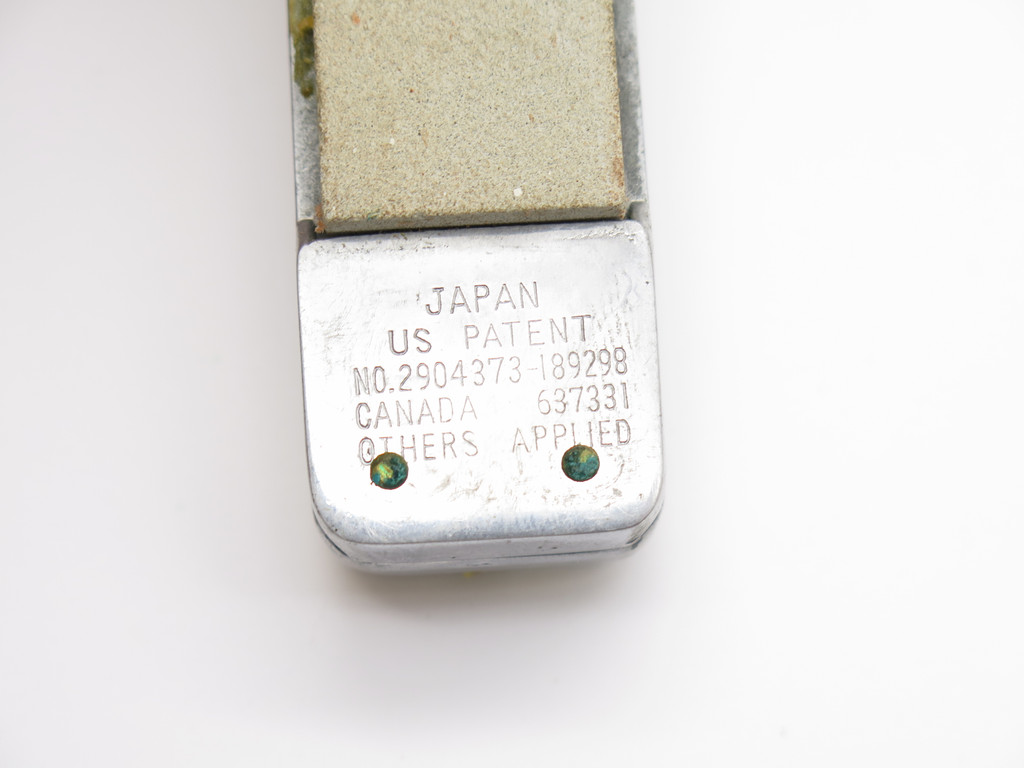 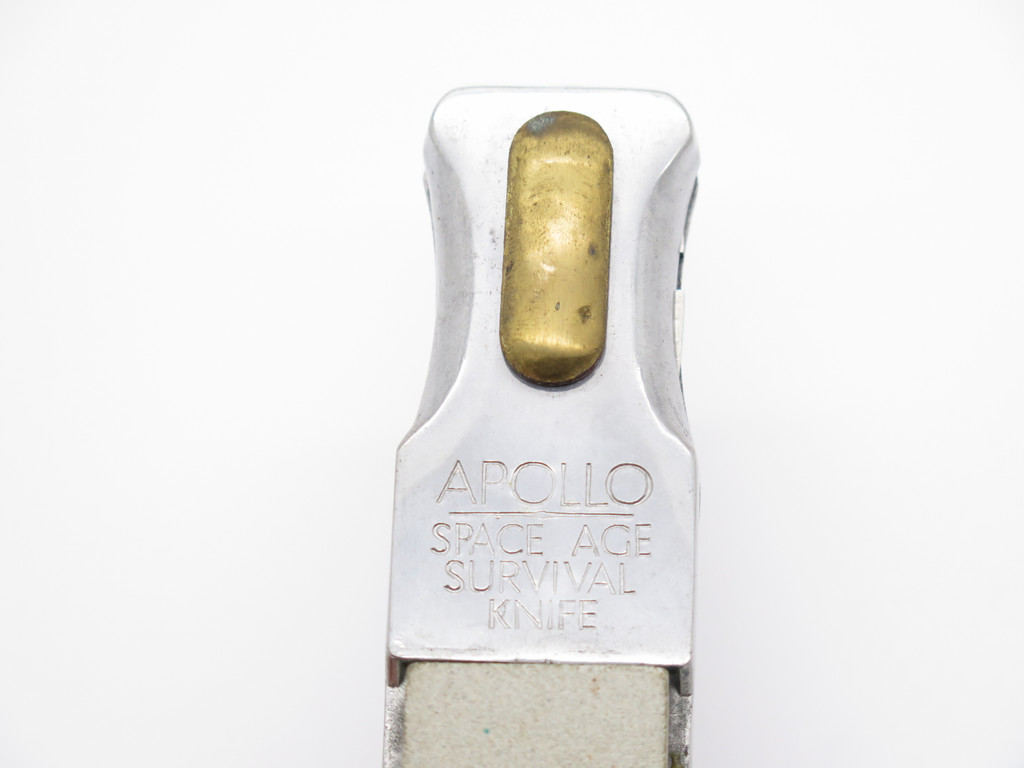 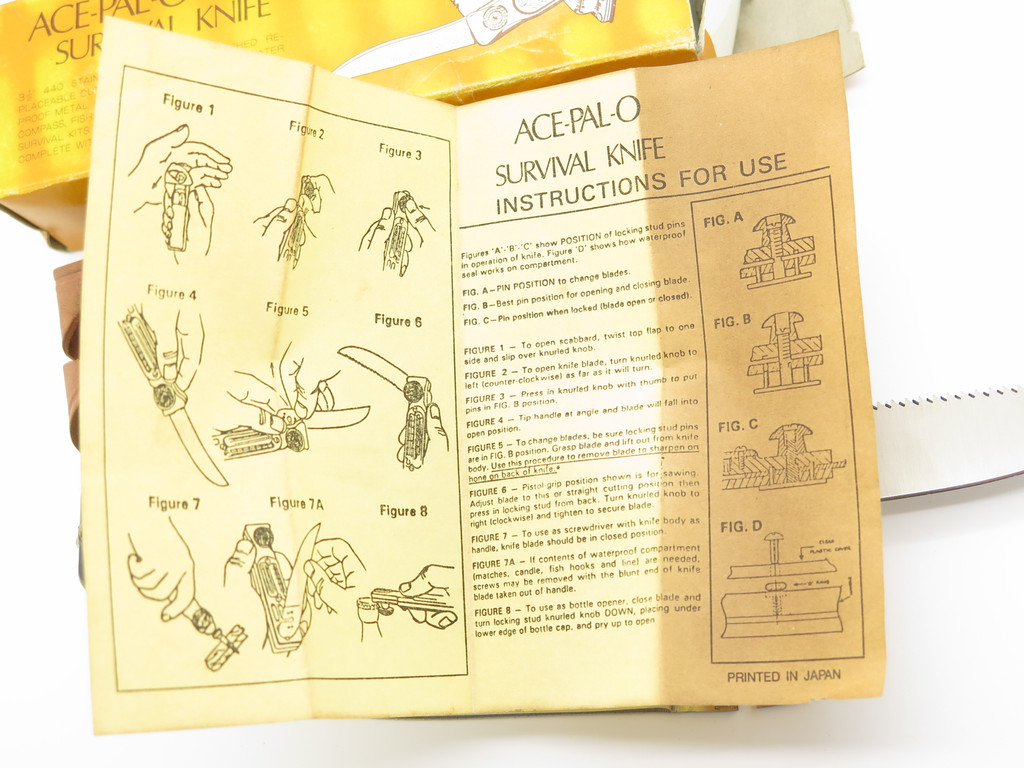 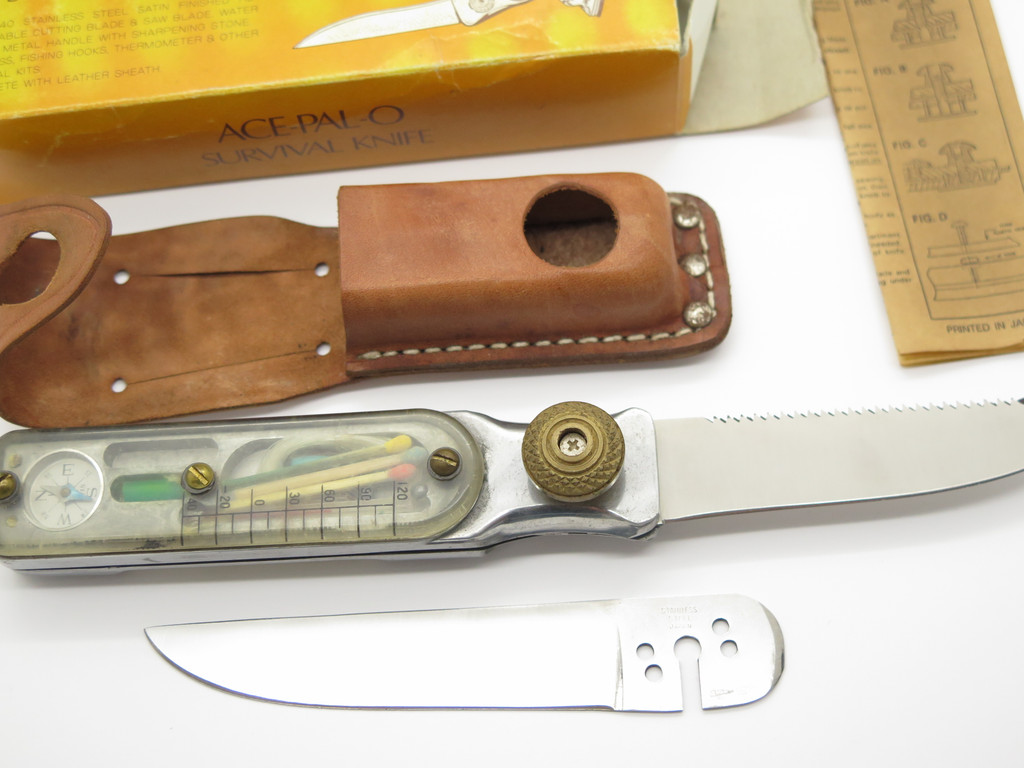 This is a rare vintage ACE-PAL-O Survival Knife. We acquired this in Seki, and it is in such nice shape because it was hidden away in a safe place there for decades. Made circa late 1960s - early 1970s , the original design was patented in 1959 by two inventors from Eugene, Oregon and this knife has the 1962 Canada patent. One of them improved the design and patented the improved locking mechanism in 1974, making this probably the first patented modern blade changer design ( but this knife pre-dates the 1974 patent). The actual patent associated with this knife is from 1973-74, although it is not marked on the knife (they used the 1959 patent on the knife) and the 1962 Canada patent. We are including copies of both the 1959 and the 1974 patents with this knife since it is highly collectible and we were able to find the documents from the patent office. See the great article about this knife on Bladehistory for more information. The knife features two changeable stainless steel blades; a cutting blade and a saw blade. Also included is a sharpening stone, compass, fishing hook, thermometer and more. Comes with original sheath and box (torn lid).