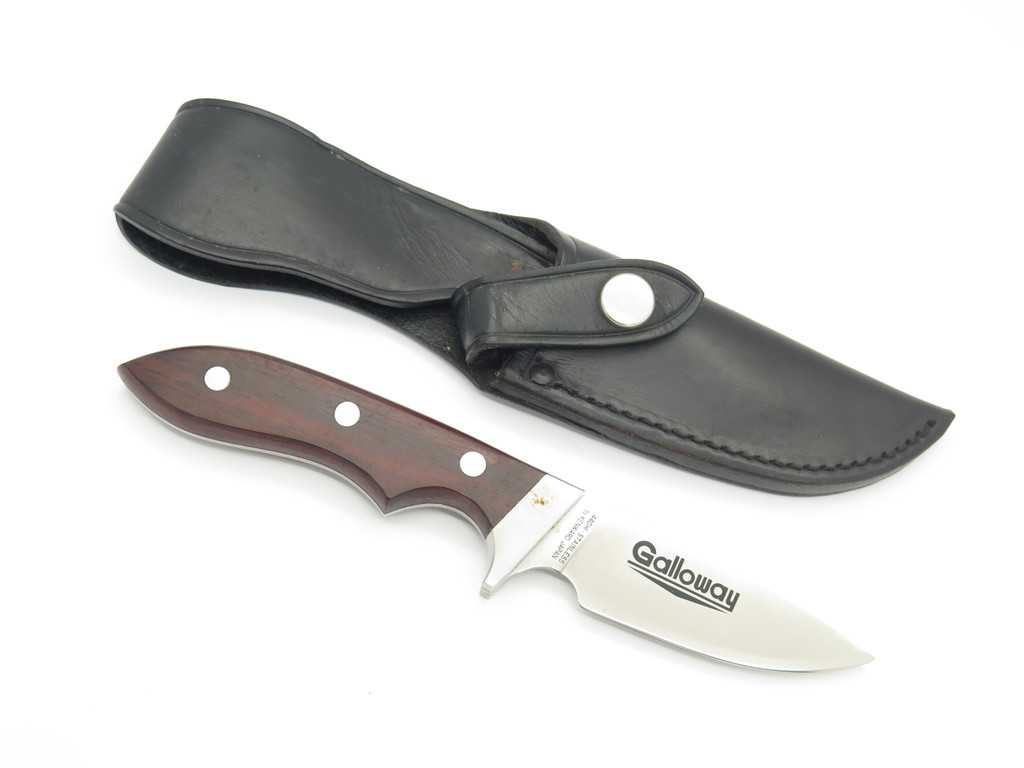 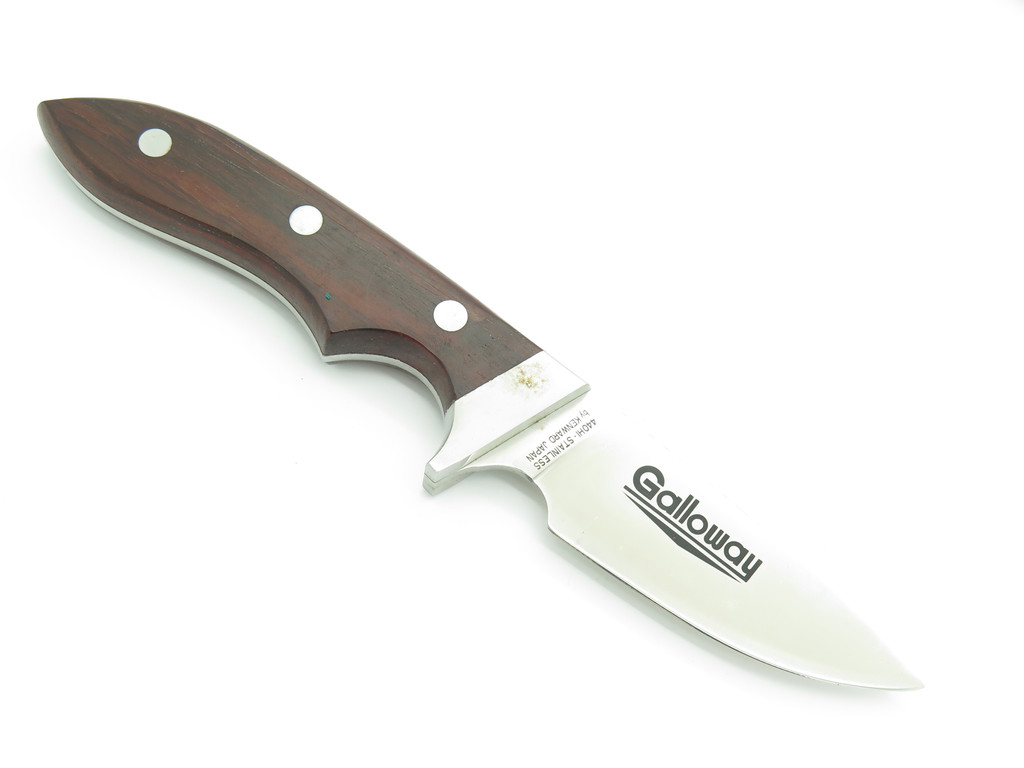 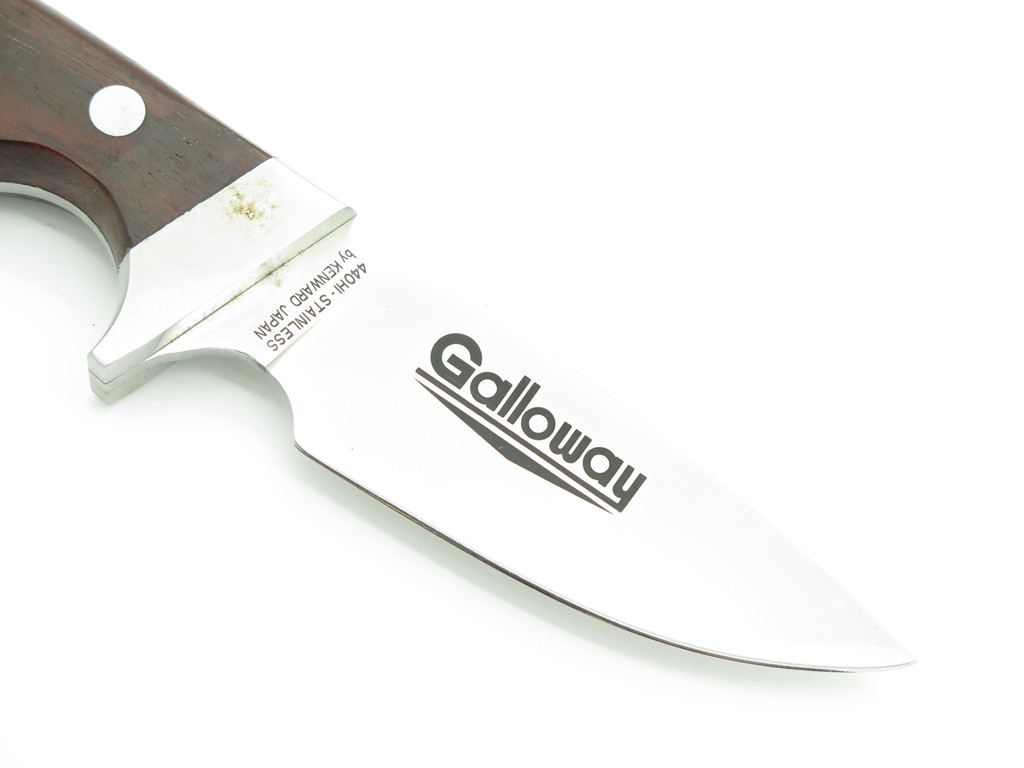 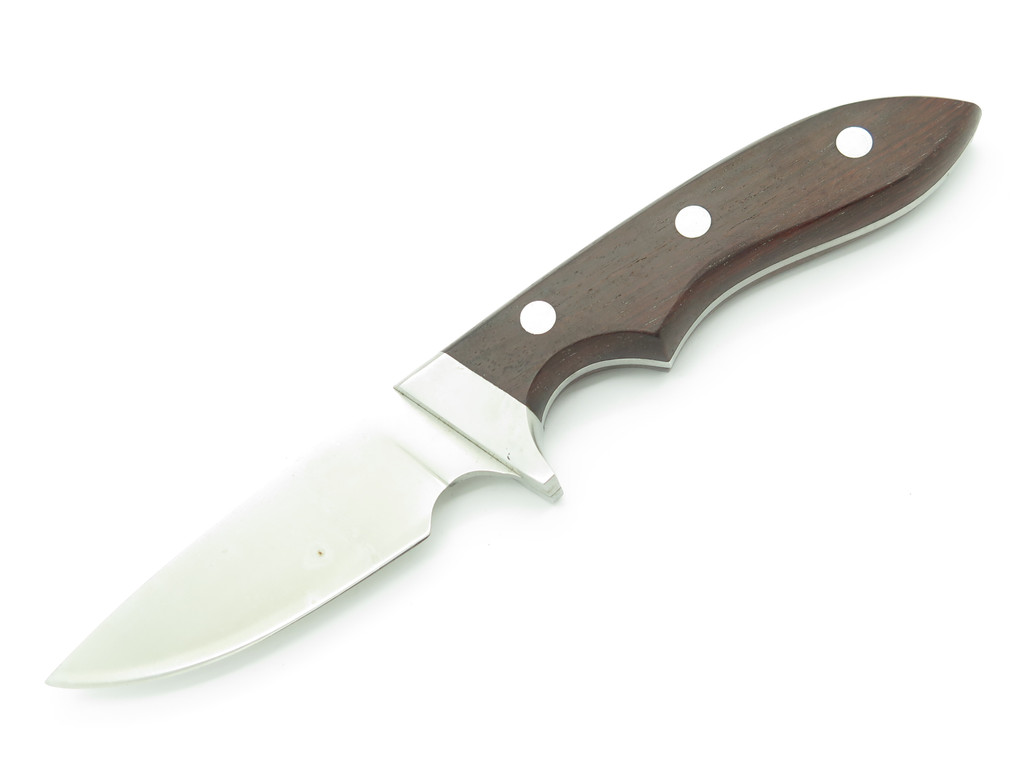 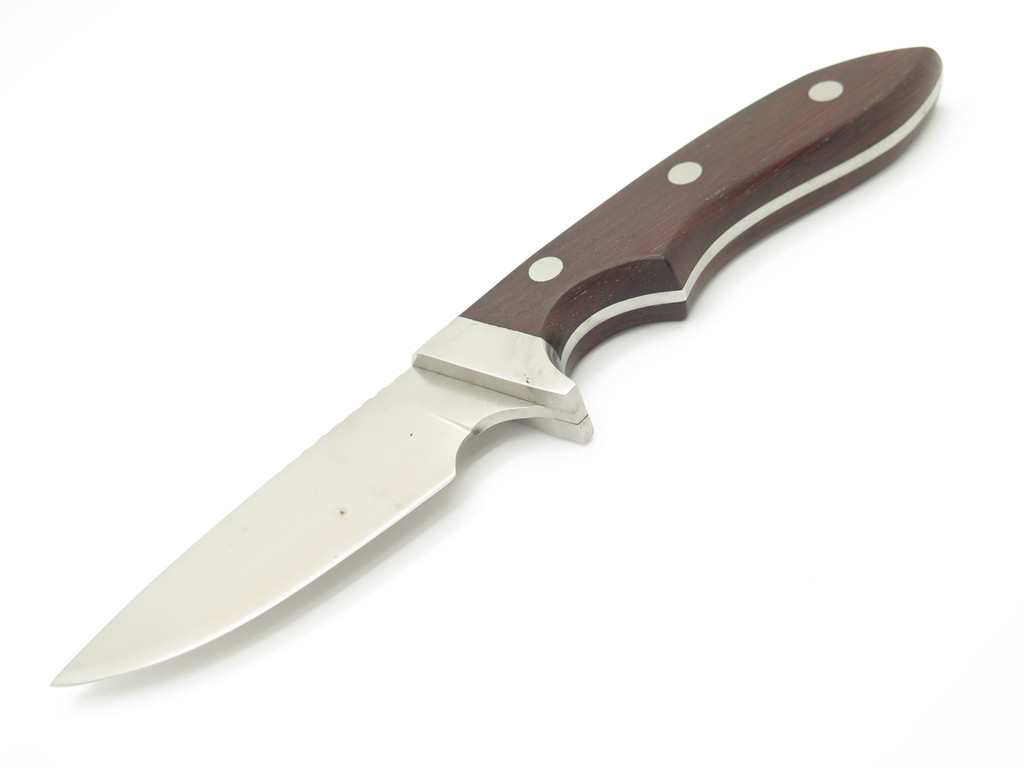 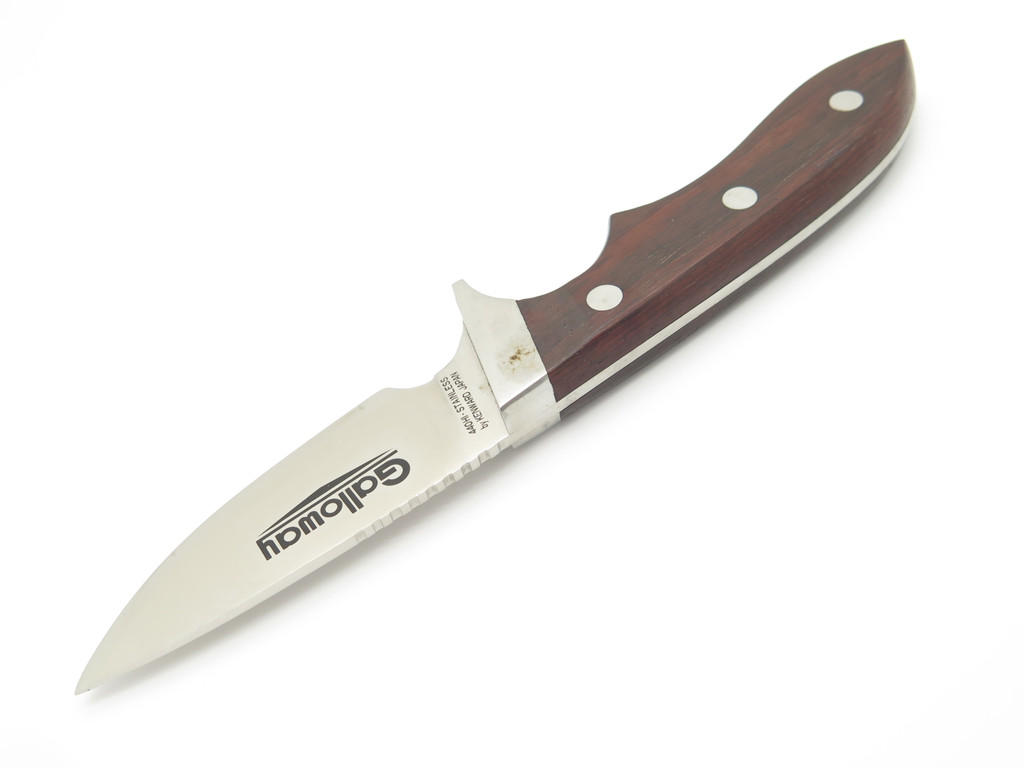 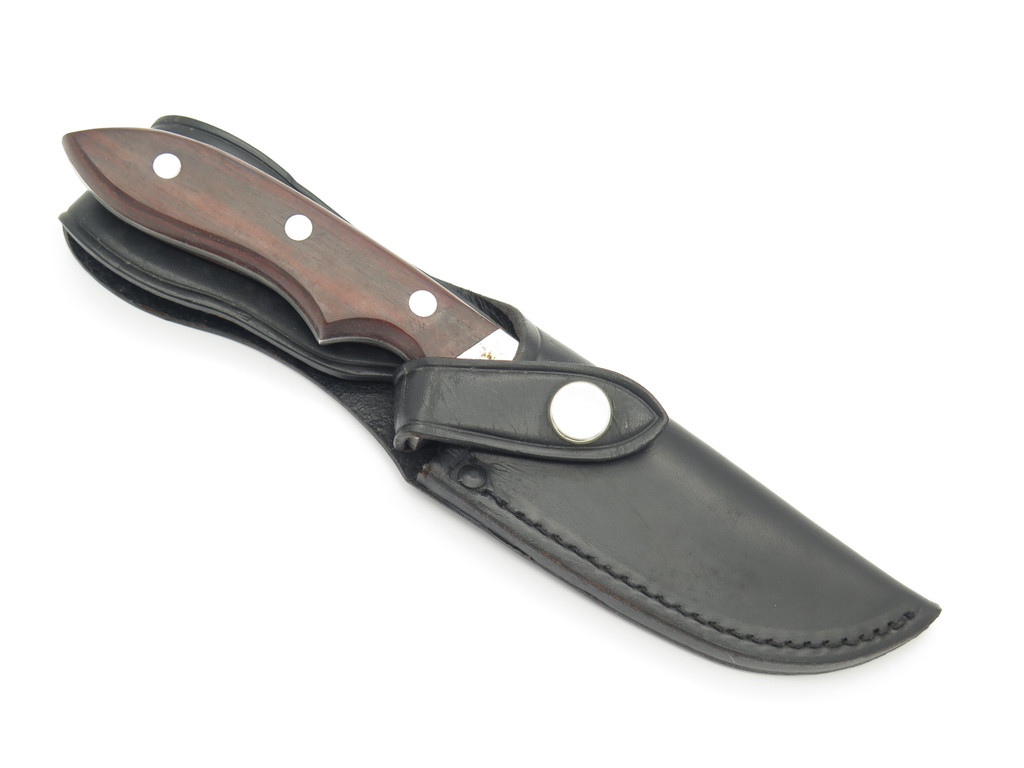 This is a scarce vintage knife from the early career of Hattori in Seki, Japan, made in the early 1970s for Kenward. It has an interesting story. For many years now the Kenward Galloway origins lay in obscurity. This is largely due to the silver Blackjack box that they came in. So people rightly assumed that Blackjack was involved somehow in making them. But this is not the case. The Galloway predates Blackjack by about 15 years. It was made by Hattori in the early 1970s for Kenward, the main exporter of knives from Seki which later became Kencrest.It features a 1/8" thick x 3.5" long AUS-8 blade (back in those days they marked it 440Hi-Stainless for lack of knowing what to call it) and stainless guard with Rosewood handle and has a sturdy leather sheath. They were not produced for very long and many lay in the manufacturer's warehouse for years, with a few coming to the USA over the decades being exported from Japan in a conveniently sized Blackjack box, hence the confusion. We are now offering the last of the Galloway, recently found in the original manufacturer warehouse. But breaking tradition since there is only the knife and sheath, no box.

Just received this knife and am so happy with it. I am a great fan of Hattori and have several of his knives. The first one was bought in the 70s at K-Mart; and I had it up until 2017 when it was stolen. I have since replaced it with two more of the same at a much higher cost. Now I have this knife which bears a strong resemblance to the Knives Of Alaska SureGrip Trekker Series Elk Hunter Knife (Black) ; although it is a heavier version. This is a superb design with great ergonomics made by a master. What a super knife. Thank you for finding them. The price was reasonable as well.

$64.95
This is a scarce vintage knife from the early career of Hattori in Seki, Japan, made in the early 1970s for Kenward. It has an interesting story. For many years now the Kenward Galloway origins lay...
Add to Basket
Add to Basket