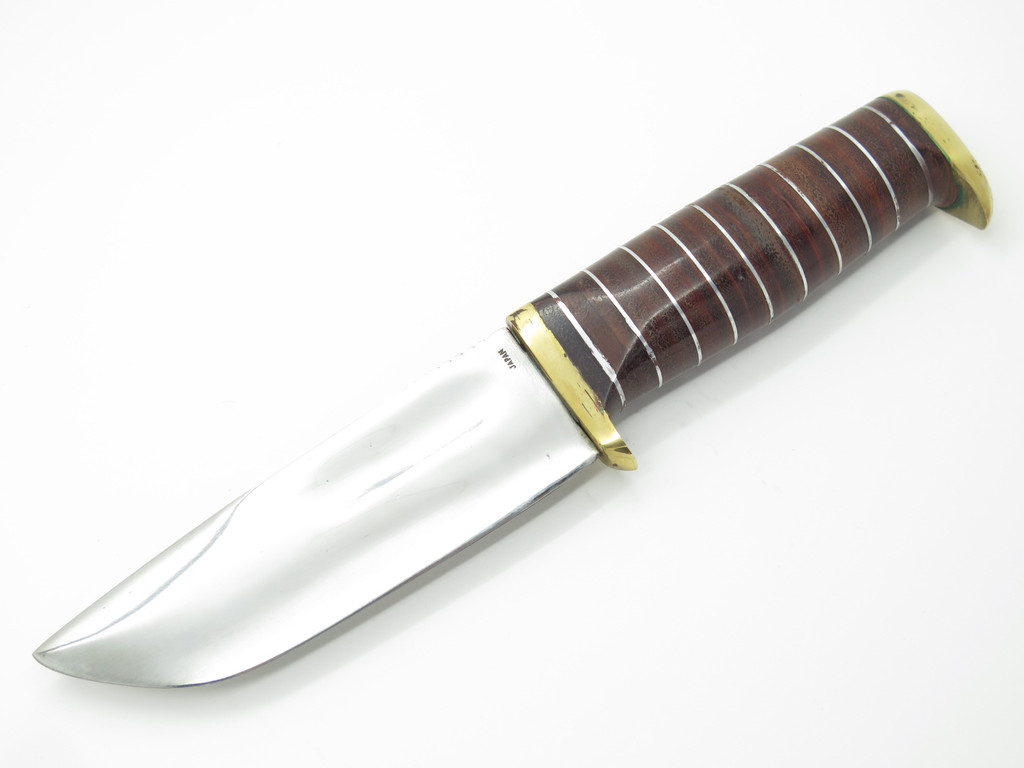 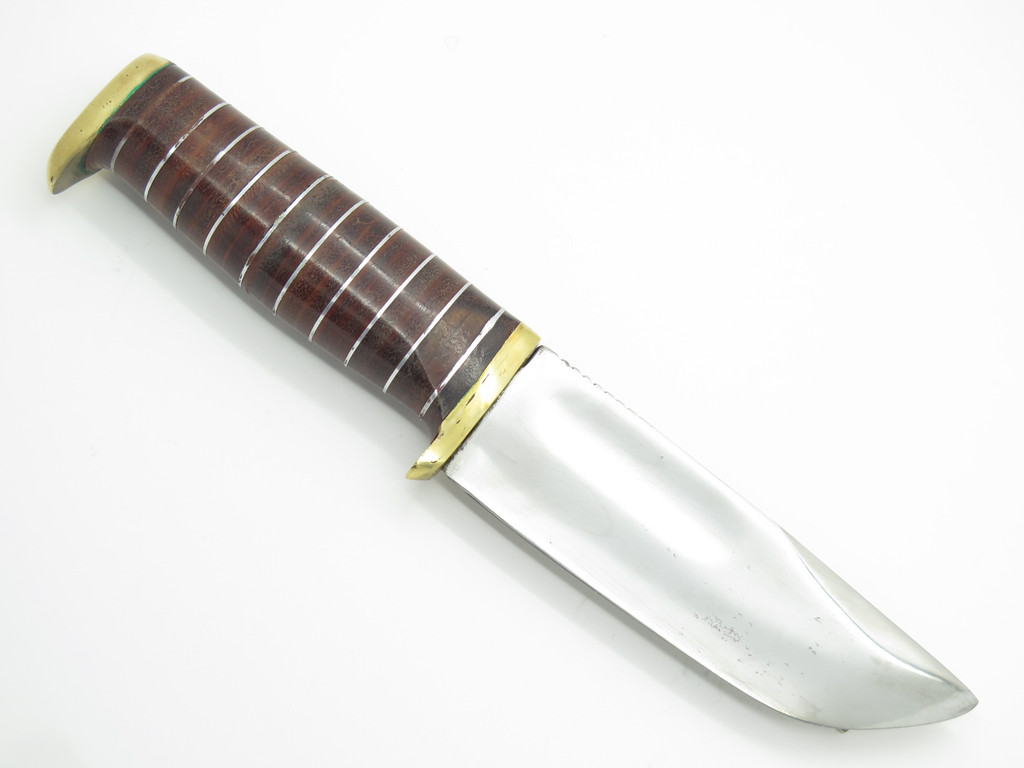 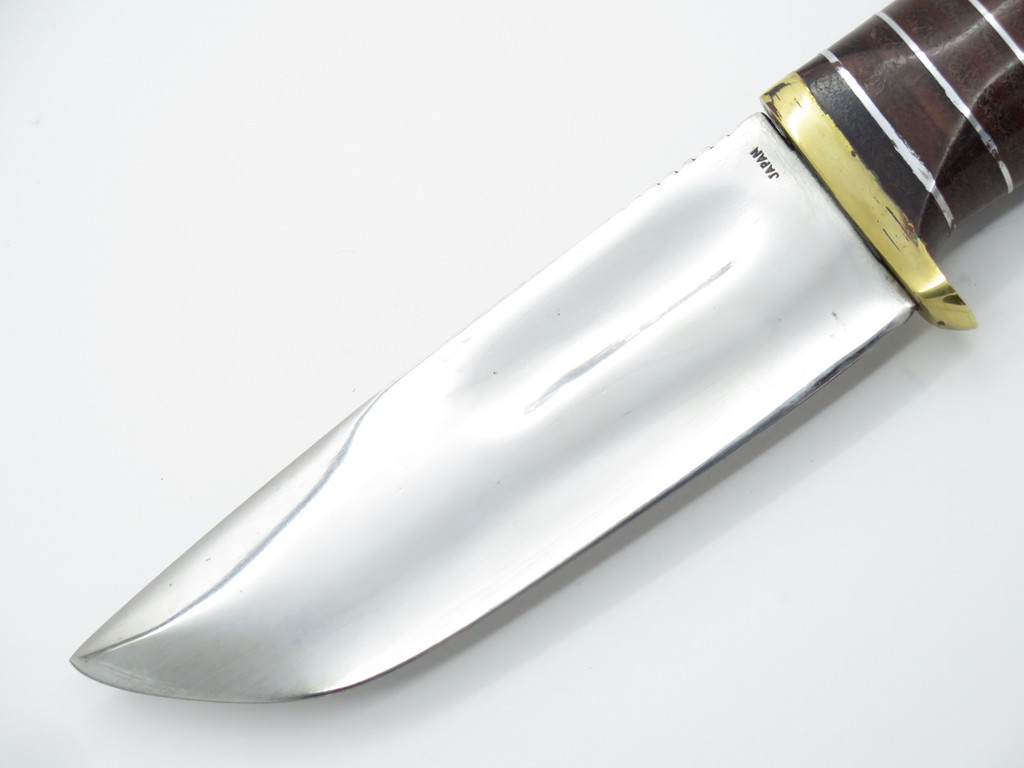 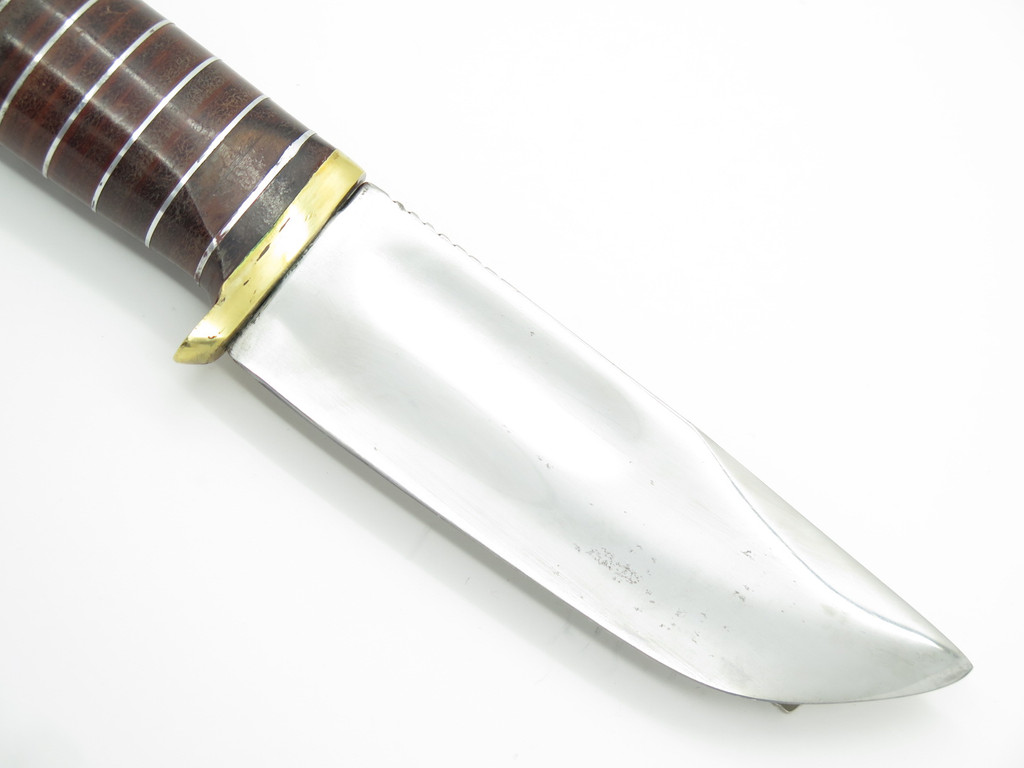 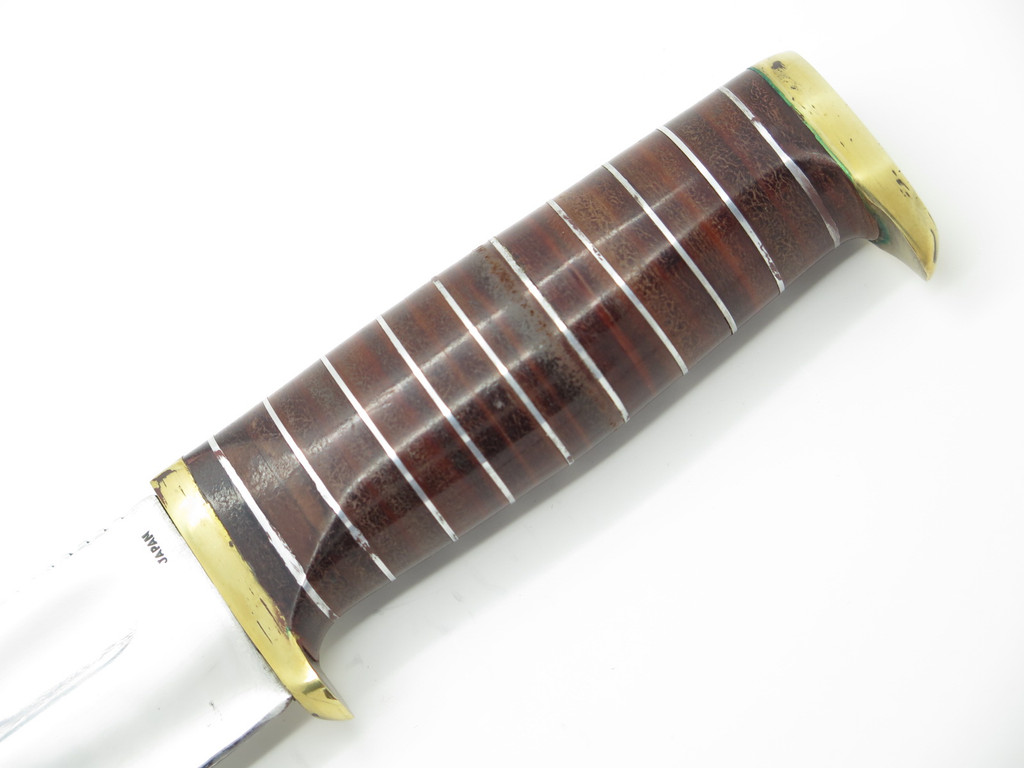 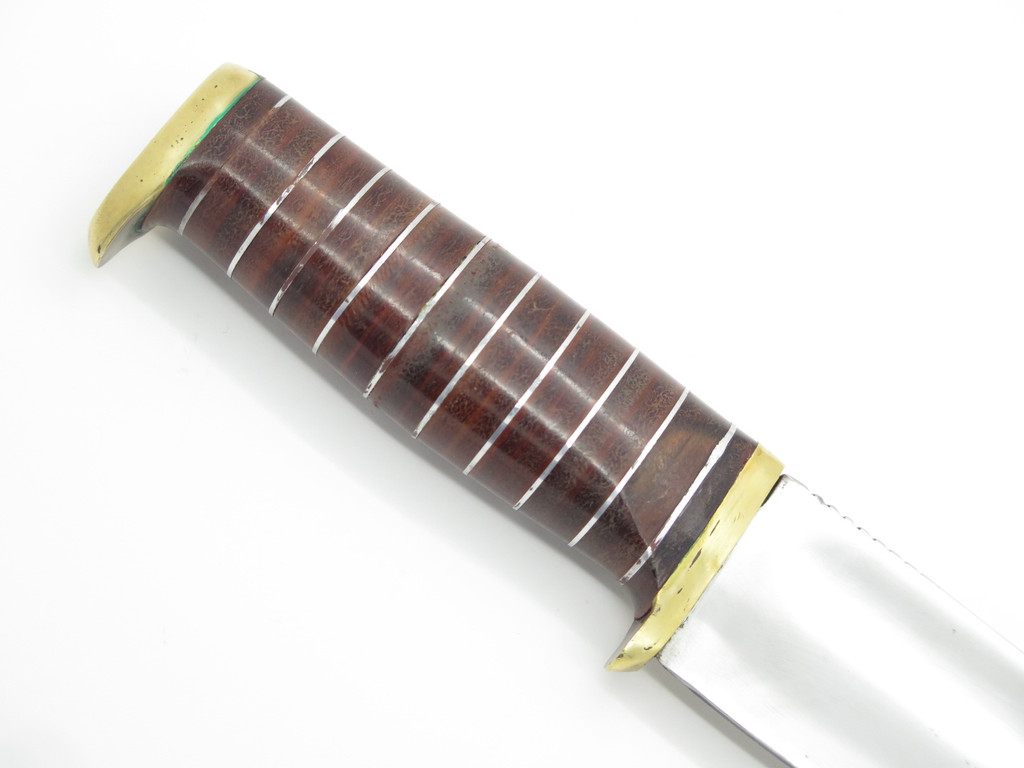 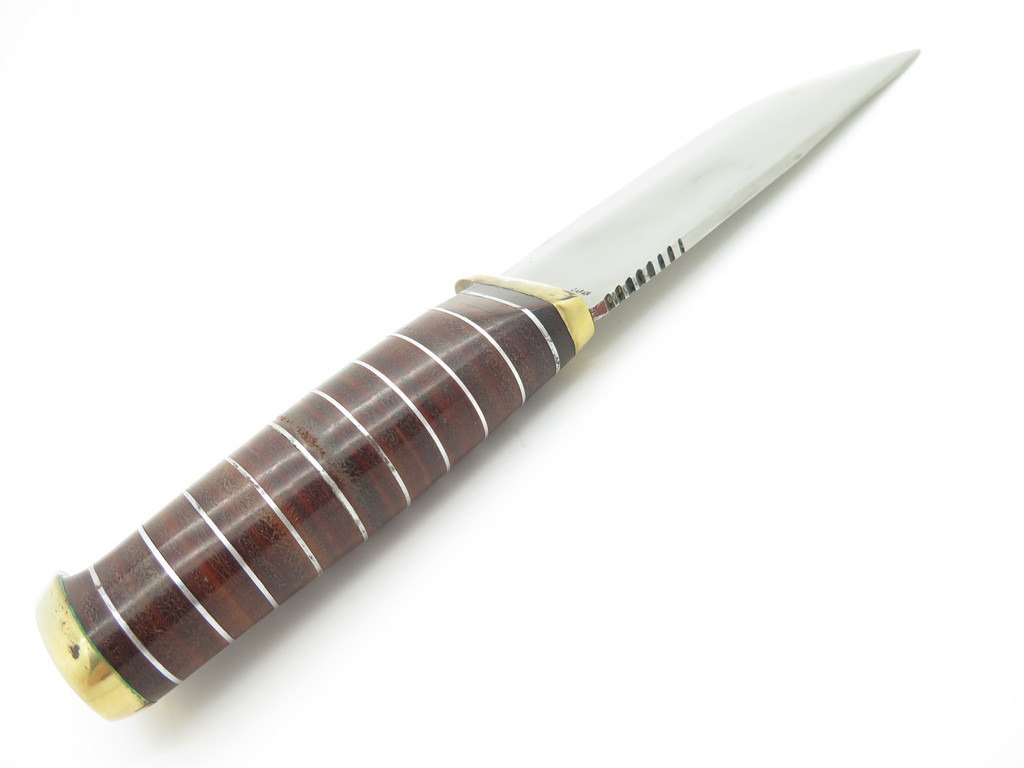 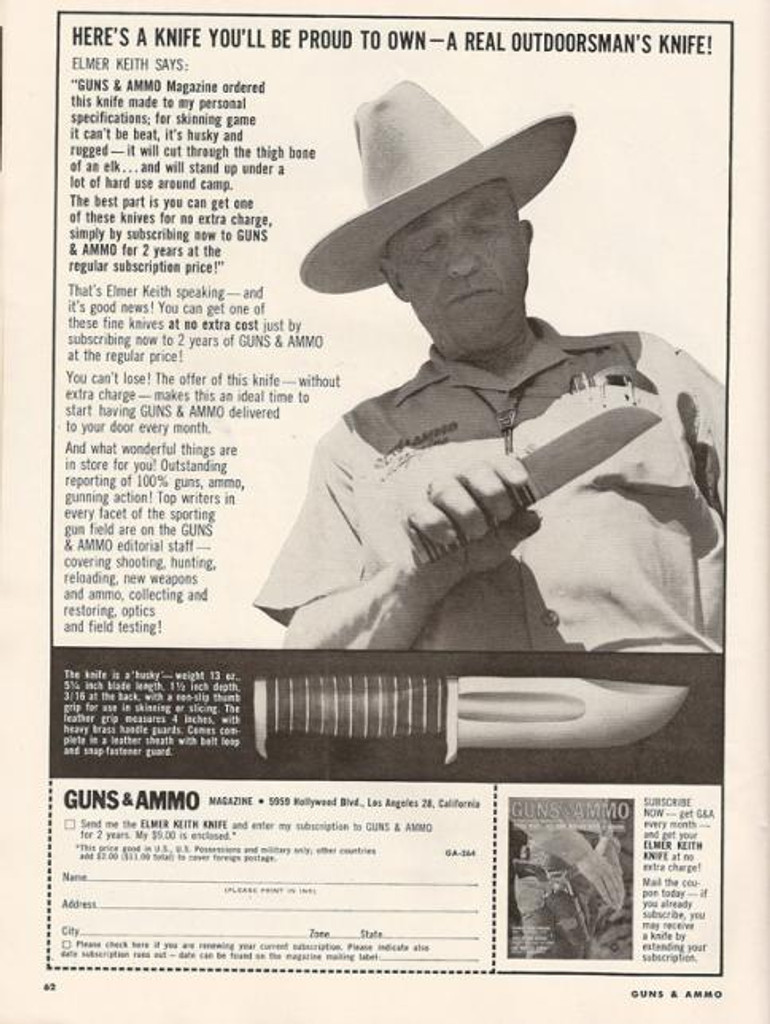 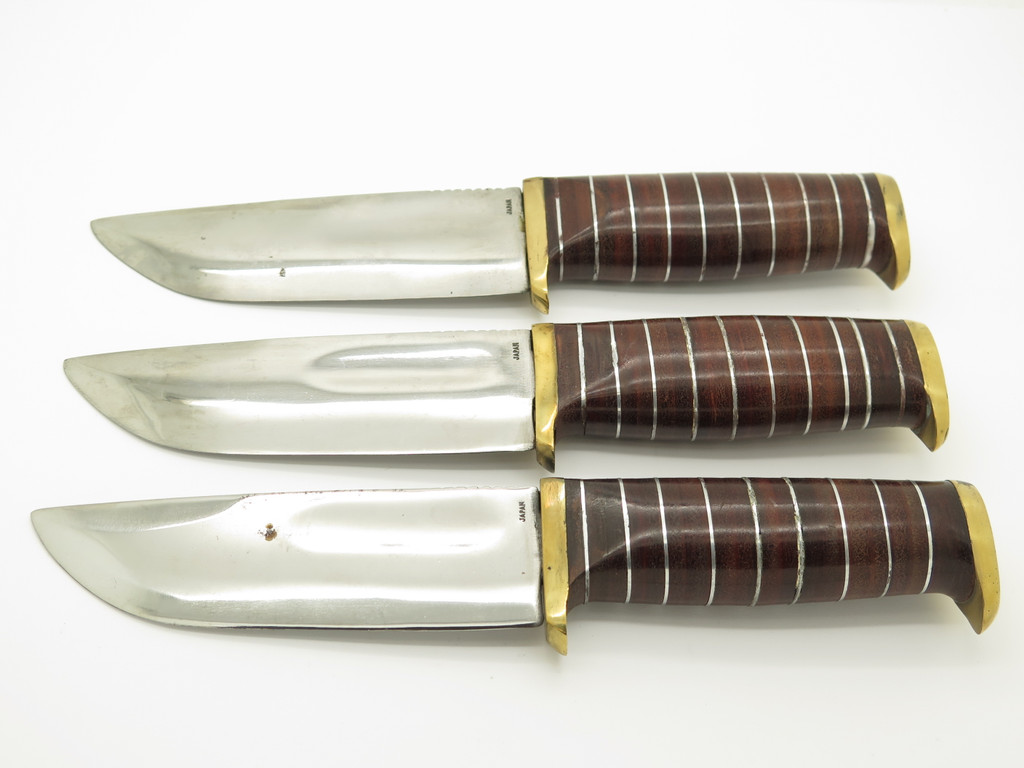 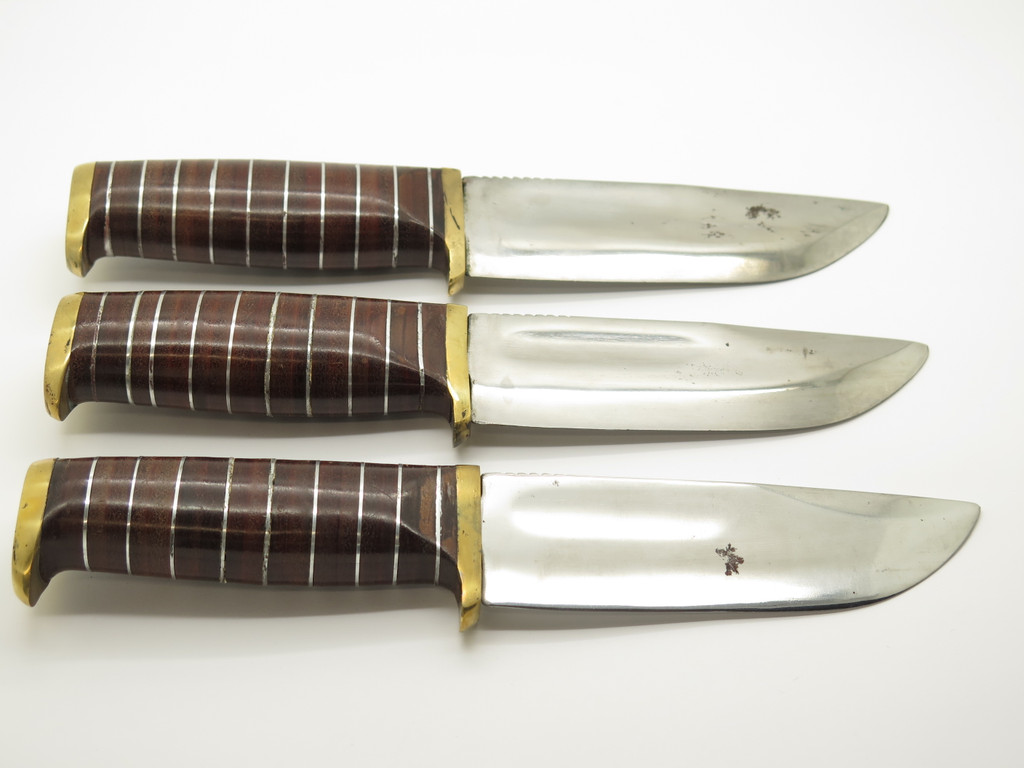 Bigger is Always Better - at least that was the philosophy of famous Guns & Ammo writer Elmer Keith who called this knife "husky." Gill Hibben designed and made the original of this knife for Keith in the 1960s. Then, the design was produced in Japan for Guns & Ammo which gave the "Elmer Keith Skinner" as a promotion to subscribe to the magazine during the late 1960s or early 1970s (see last image for advertisement, not included with listing, for example only). Now comes a rare chance to own an unused original. This is vintage old stock found in the original factory in Japan. May have light shop wear and signs of aging such as tarnish or light staining. We have provided a new Nylon sheath that fits well though a little long. Please keep in mind that these were made to a simpler quality standard than of today. Tak Fukuta was the first Japanese member of the American Knife Maker's Guild, and apprentice to Bob Loveless. He hand crafted fine quality knives that impressed his mentor. Over the years, his factory in Seki, Japan also produced knives for Parker, Valor, Gutmann, Explorer, Frost, and Browning among others. After his passing, several vintage old stock models were found at his warehouse. This knife is one of these rare finds and must have been one of the first production knives he ever made. Stock photos (sale is for one knife, others shown for example only).

$74.95
This is a scarce vintage knife from the early career of Hattori in Seki, Japan, made in the early 1970s for Kenward. It has an interesting story. For many years now the Kenward Galloway origins lay...
Add to Basket
Add to Basket