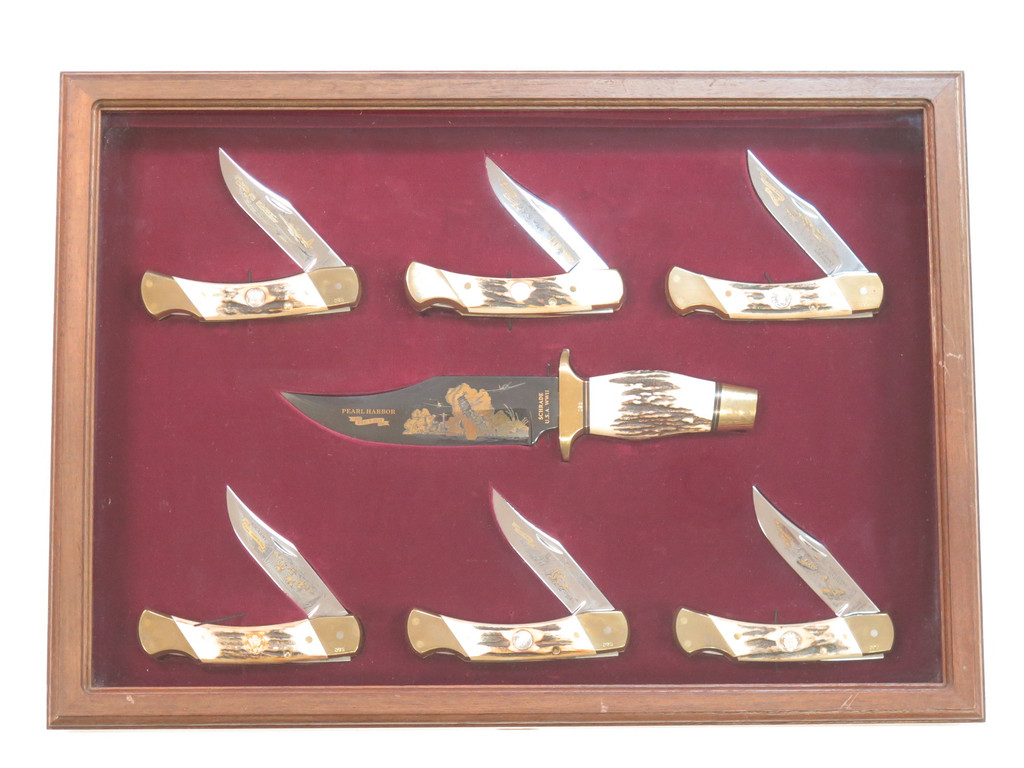 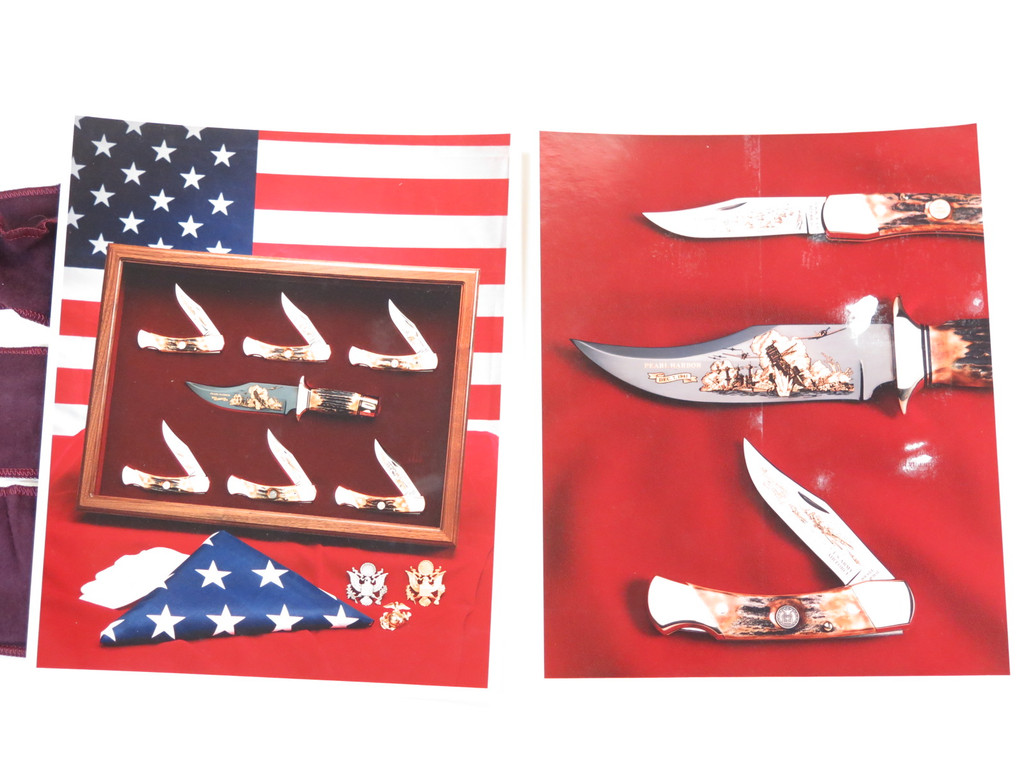 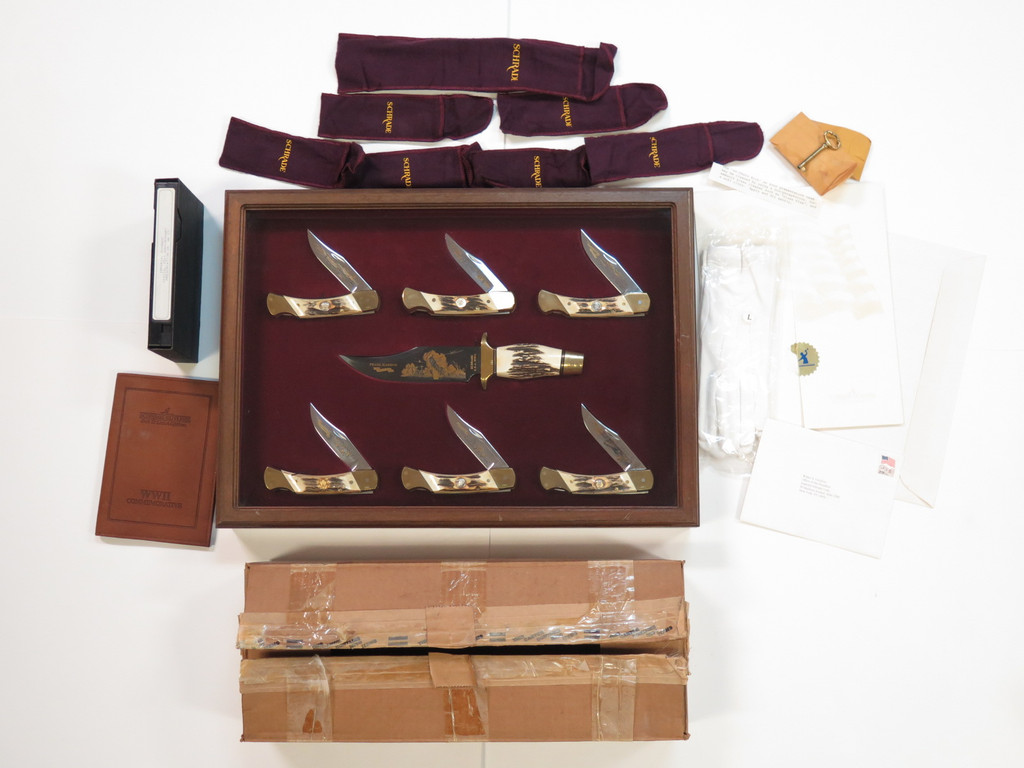 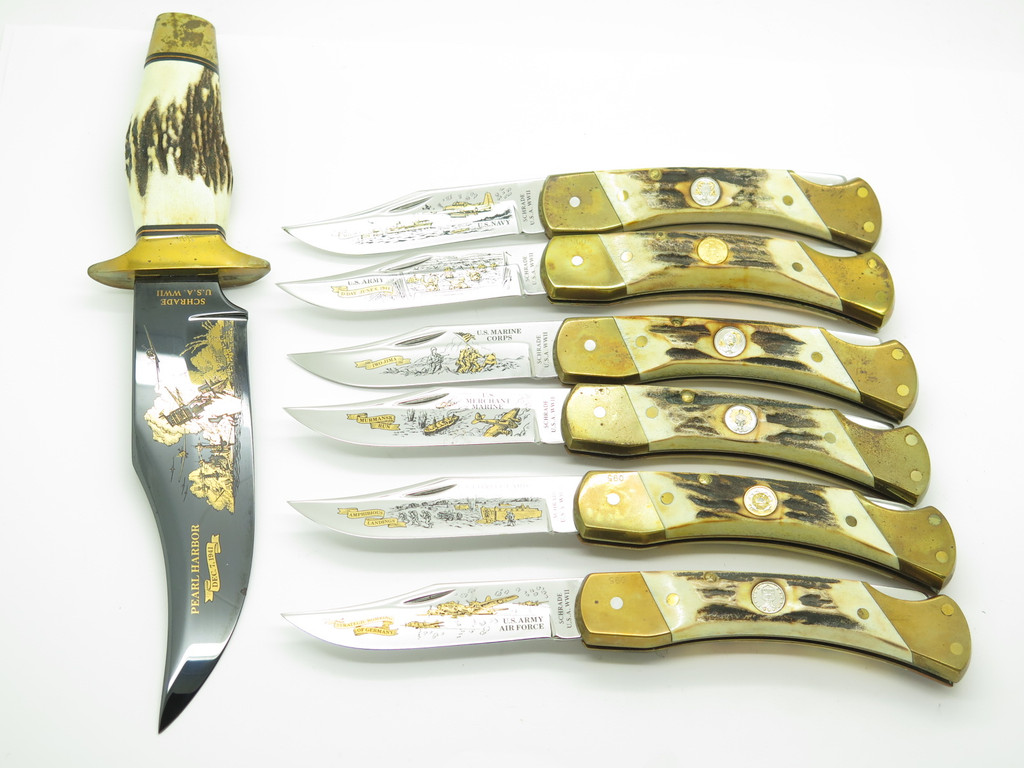 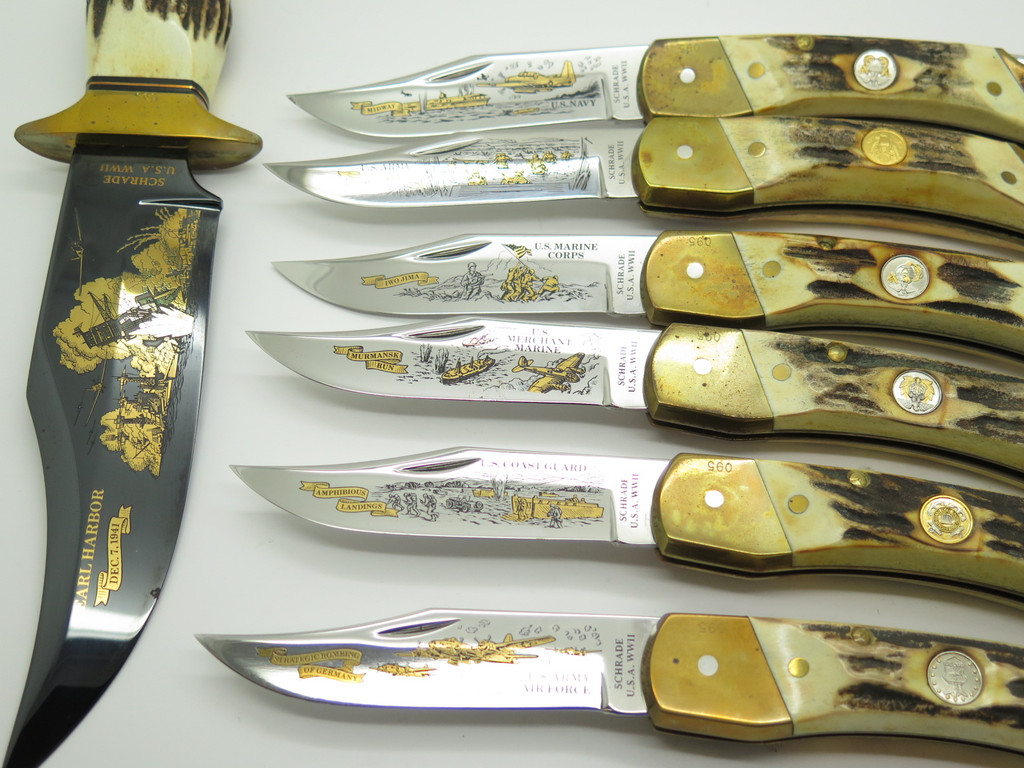 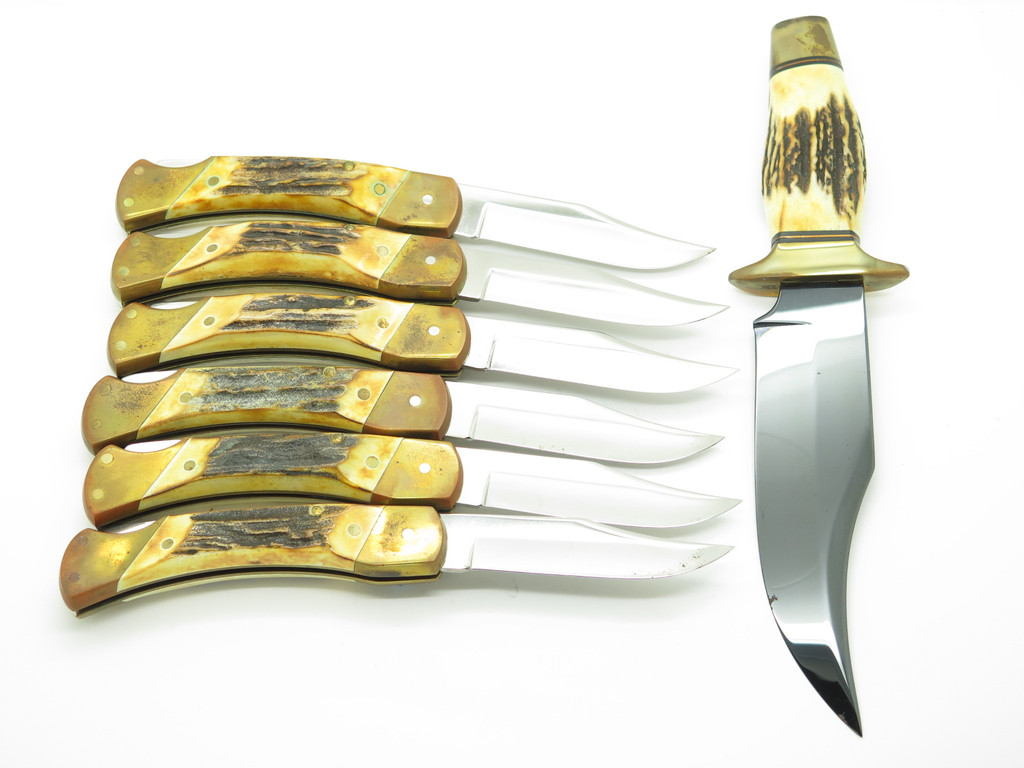 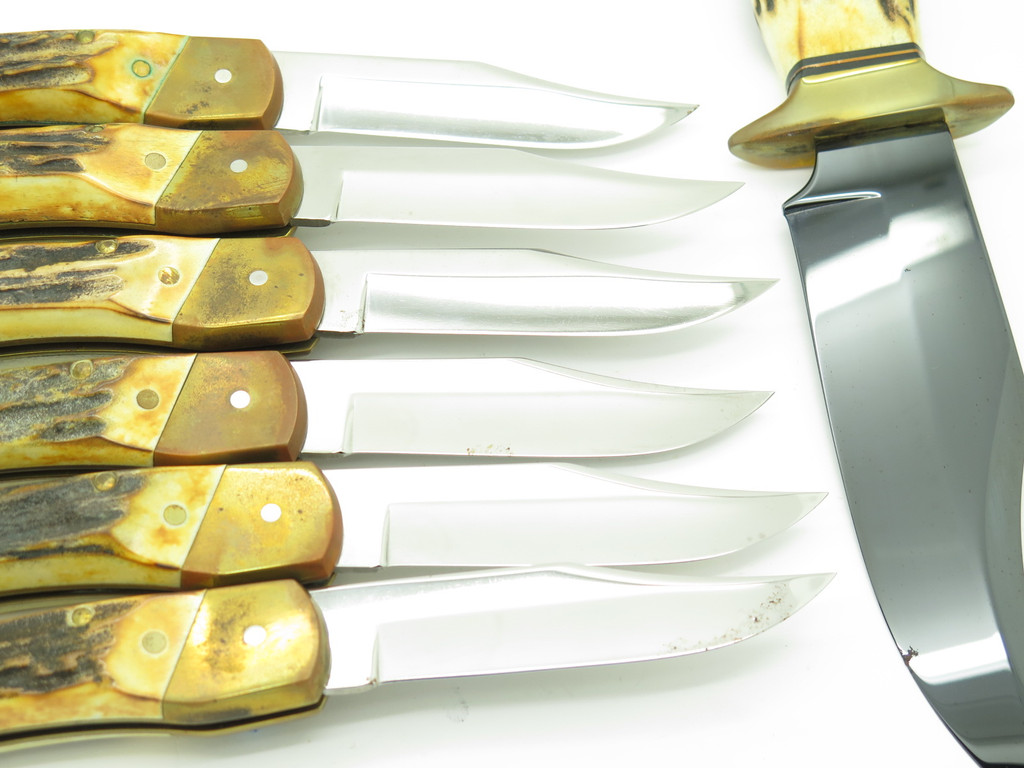 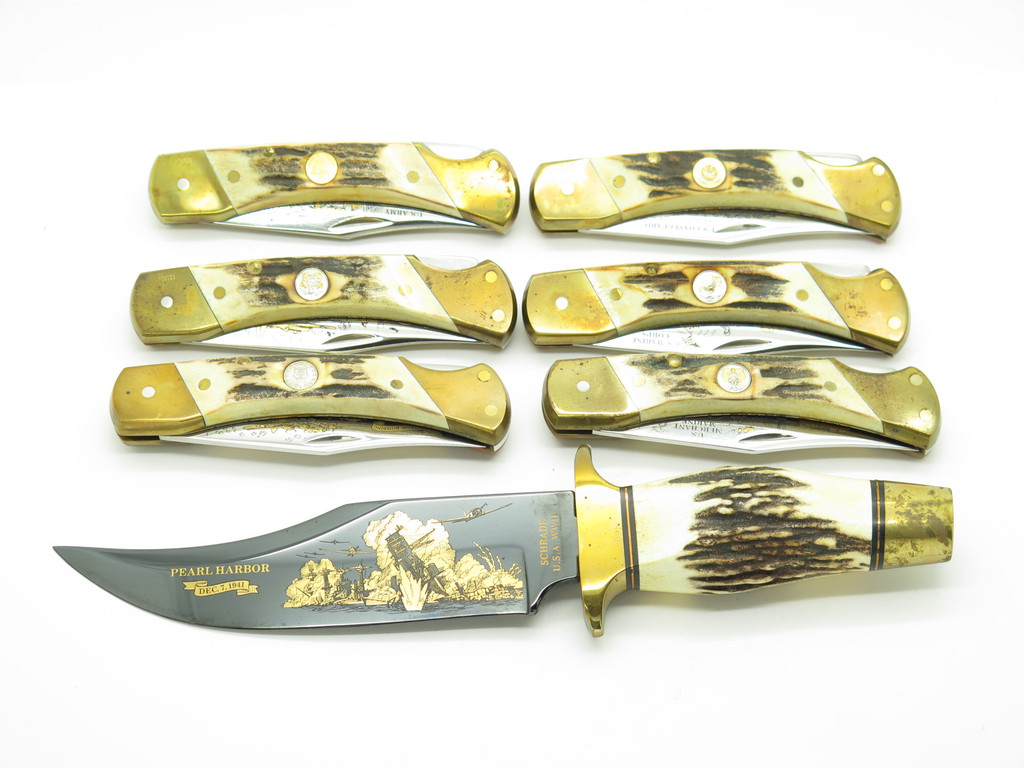 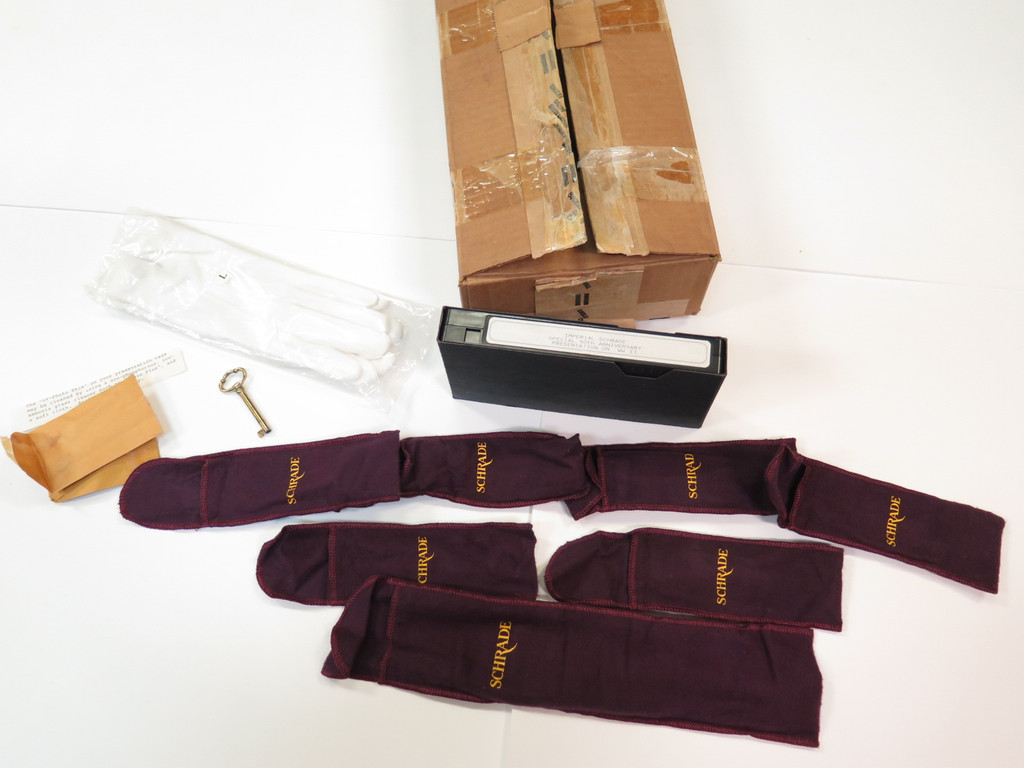 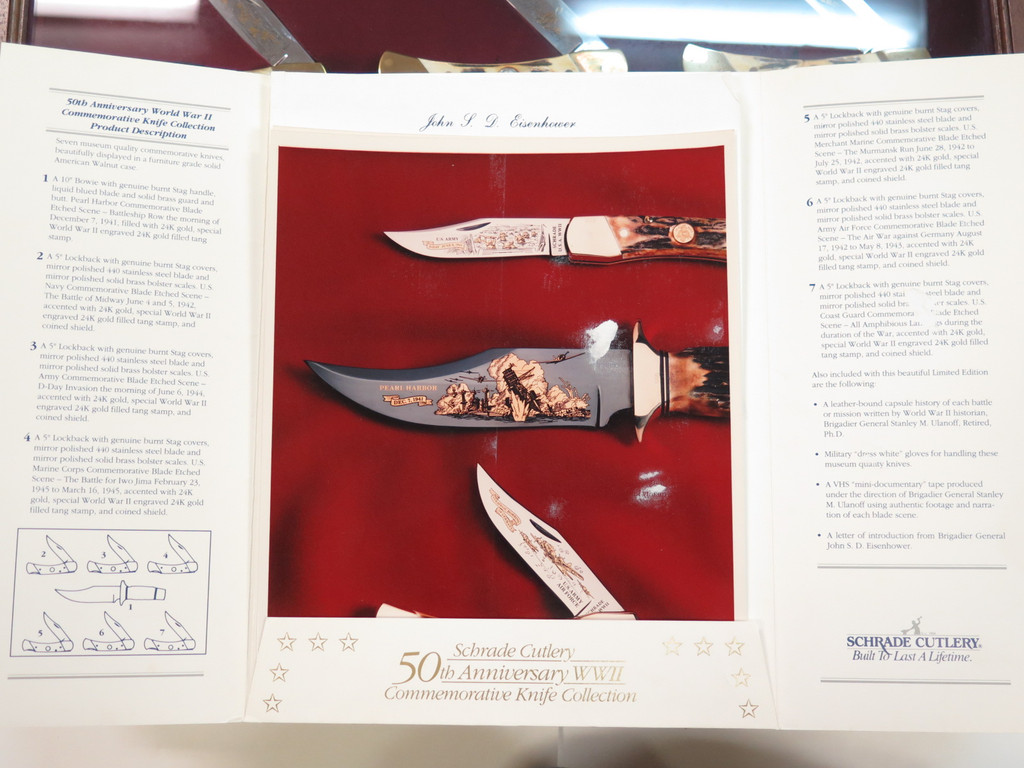 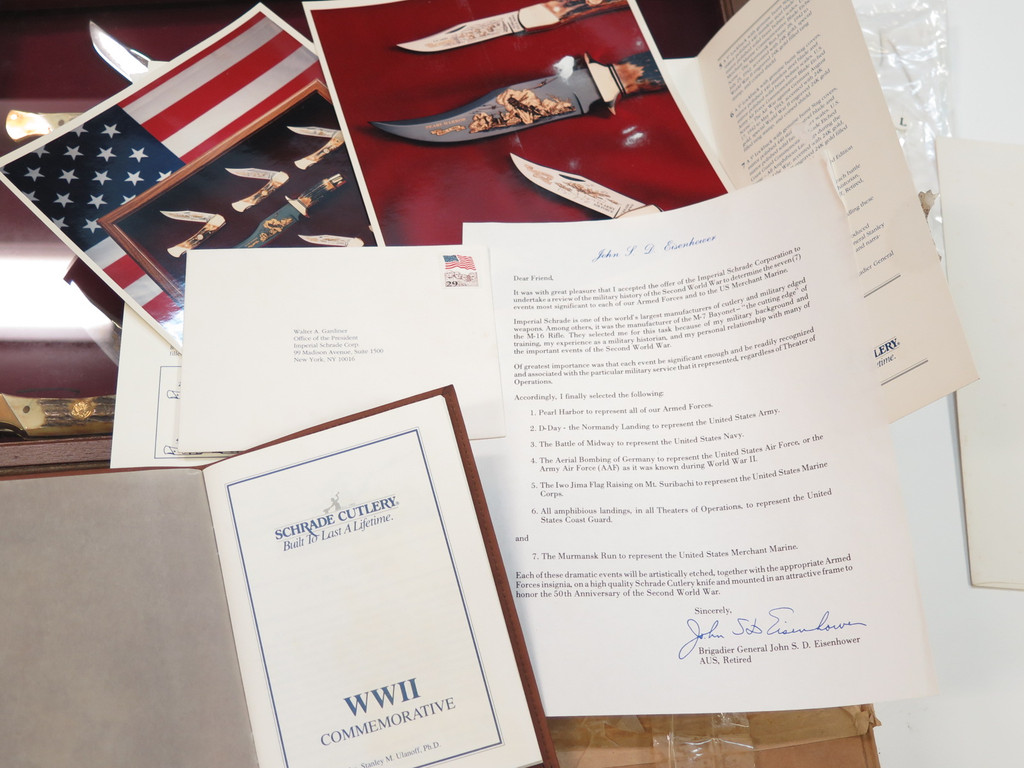 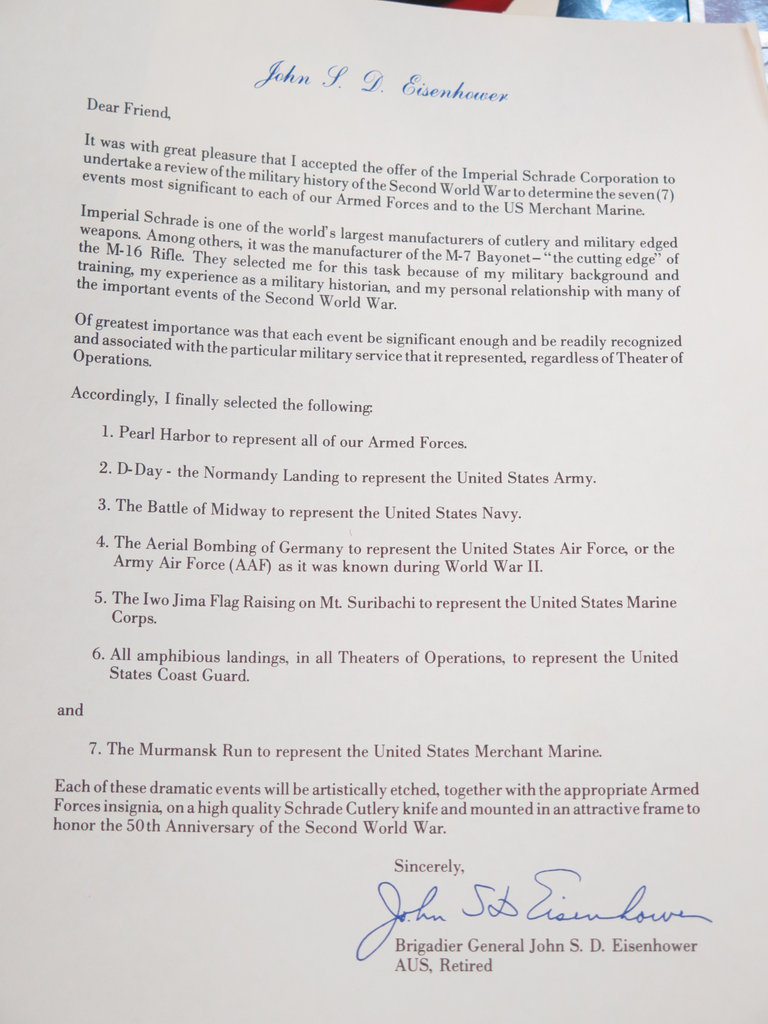 Schrade produced this amazing set in 1991 to commemorate the 50th anniversary of World War II. They really went all out with it, making only 500 sets, this one being serial number 095. The set originally retailed for $2500 when it was first introduced at S.H.O.T. Show. The 24K gold etchinge was done by Baron Technologies and apparently cost $250 to do, while the American Walnut display case was $100. The six LB7's feature stag handles with crests of the armed forces the blade etchings represent including the following: the D-Day Normandy Landing with the Army, the Battle of Midway with the Navy, the Bombing of Germany with the Air Force, the Iwo Jima Flag Raising with the Marine Corps, all Amphibious landings with the Coast Guard, and Murmansk Run with the Merchant Marine. The Bowie features representation of Pearl Harbor with all of the Armed Forces. Altogether, this is one of the most costly to produced limited edition knife sets in history and is now perhaps the rarest Schrade knife sets ever produced.

$349.99
Back in stock! This is a special custom project made by Triple R Knives of Lakeside, California, using bowie blades made by Schrade in the USA before closing its doors in 2004. It features many one...
Add to Basket
Add to Basket