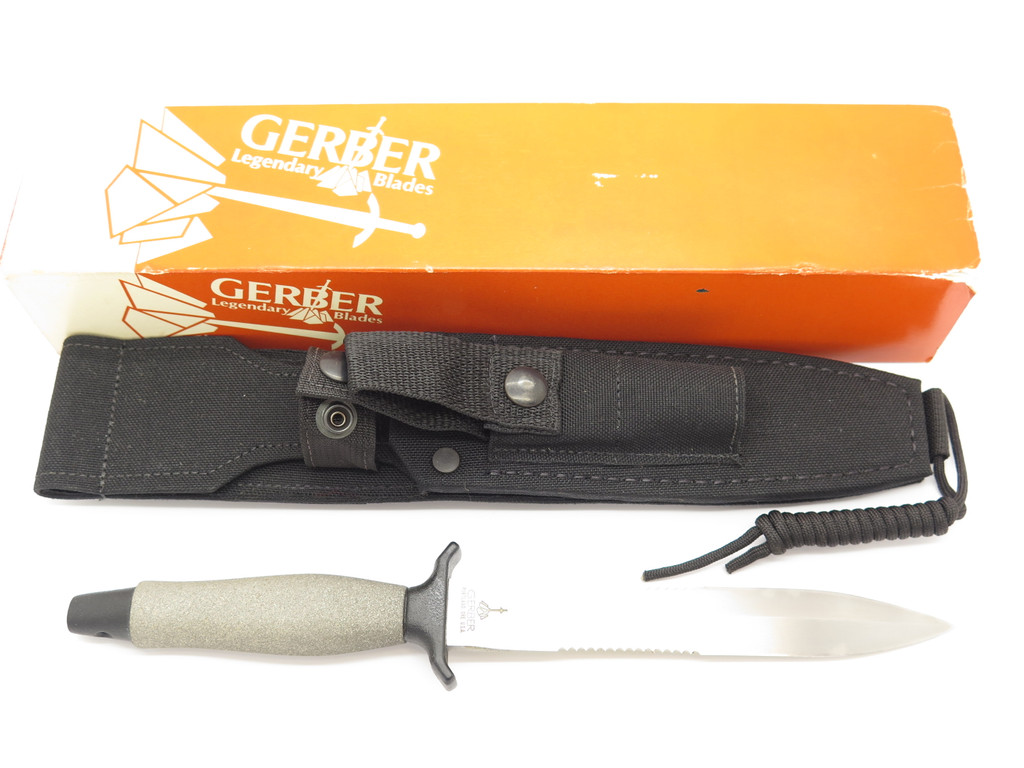 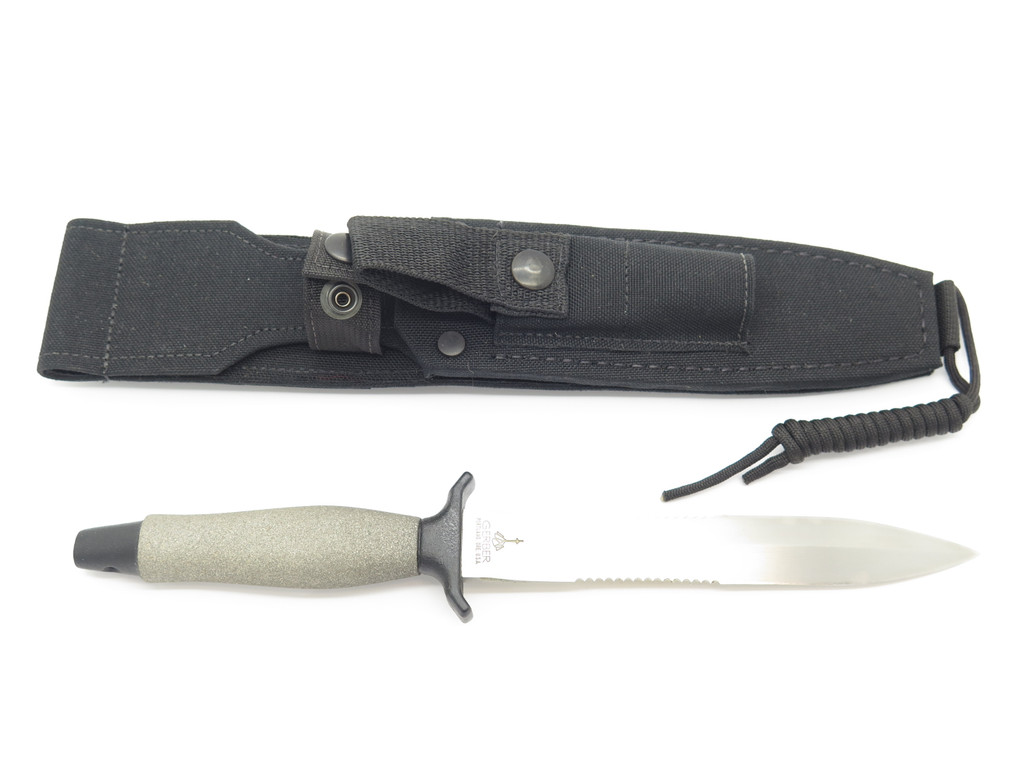 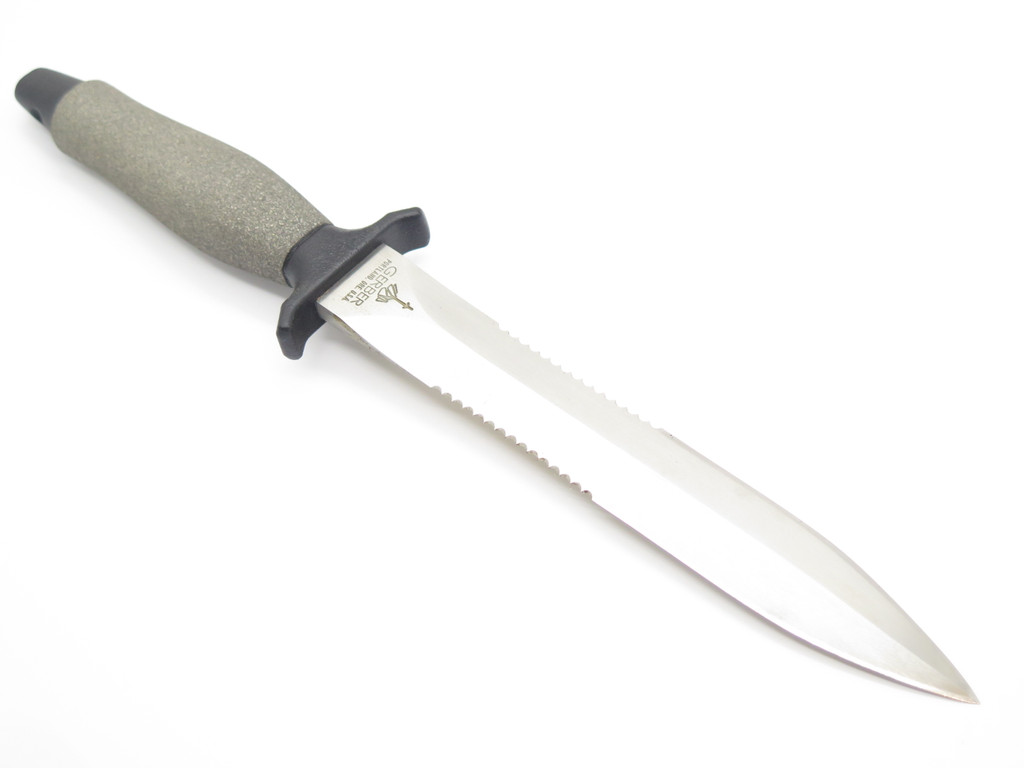 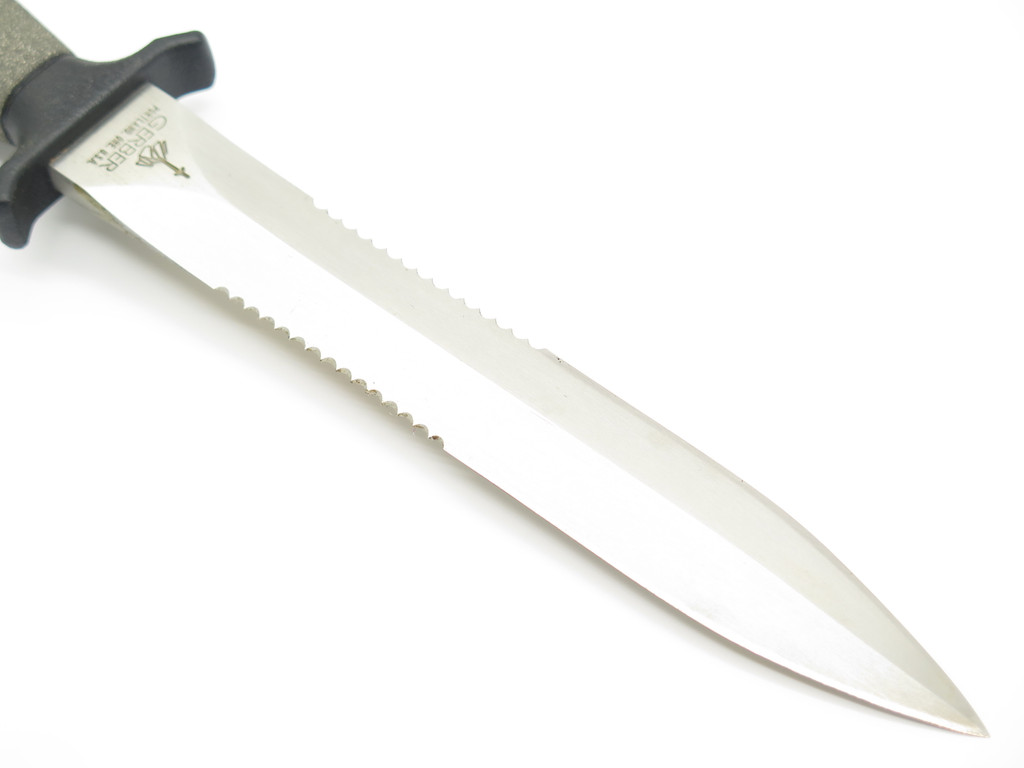 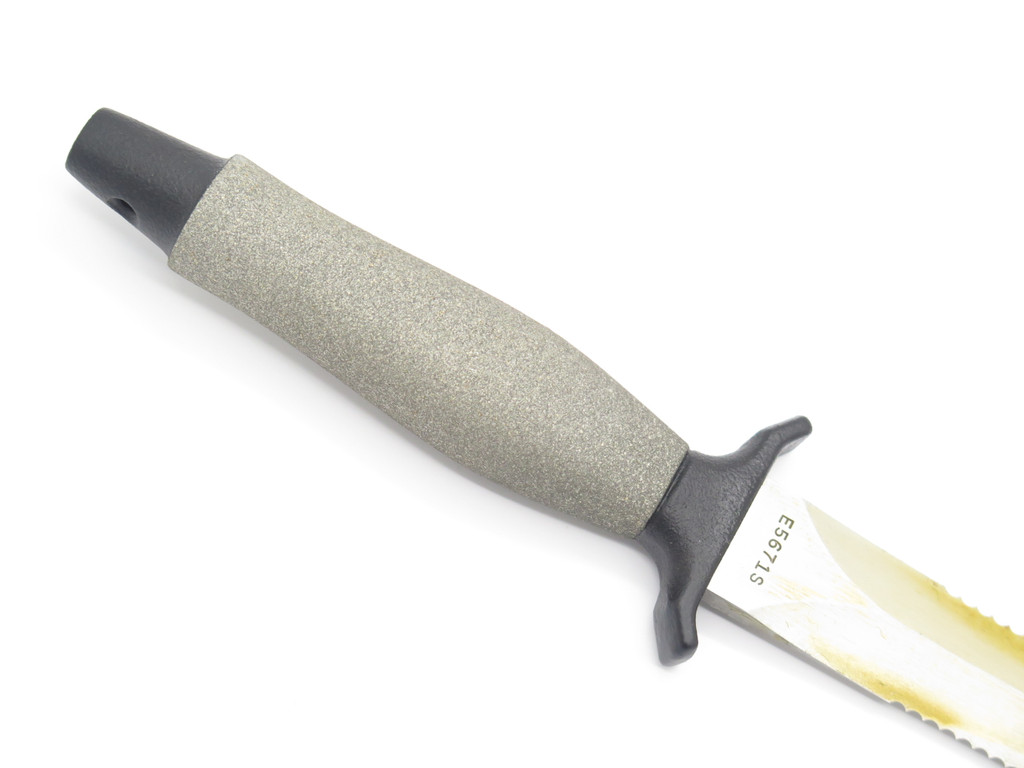 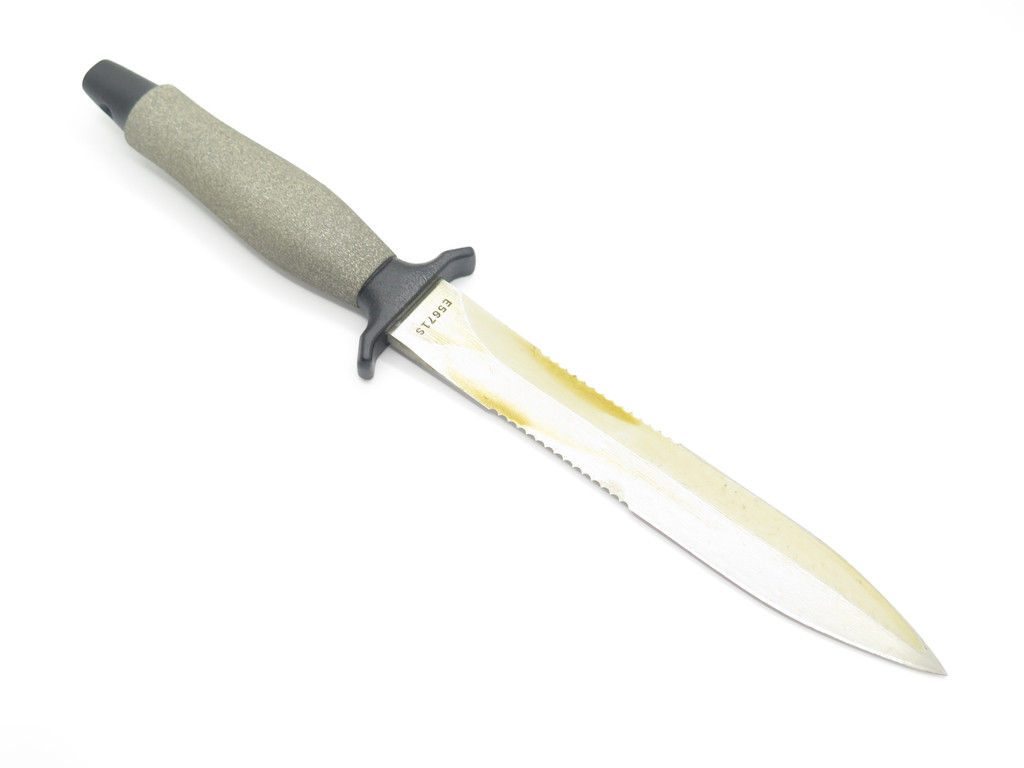 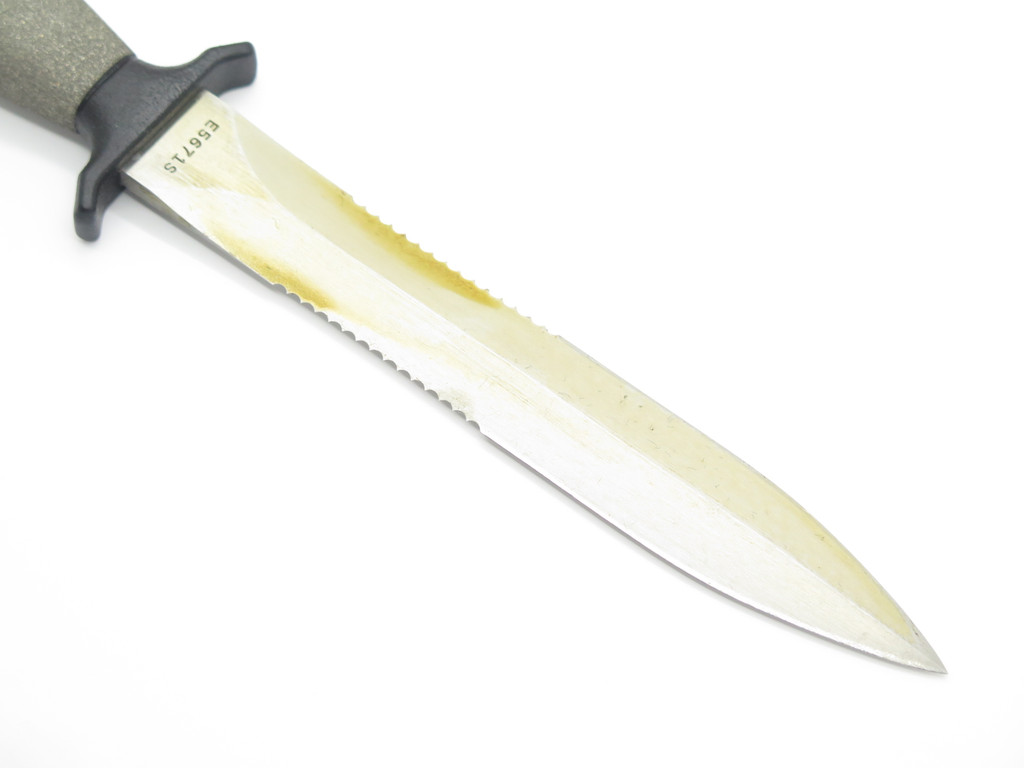 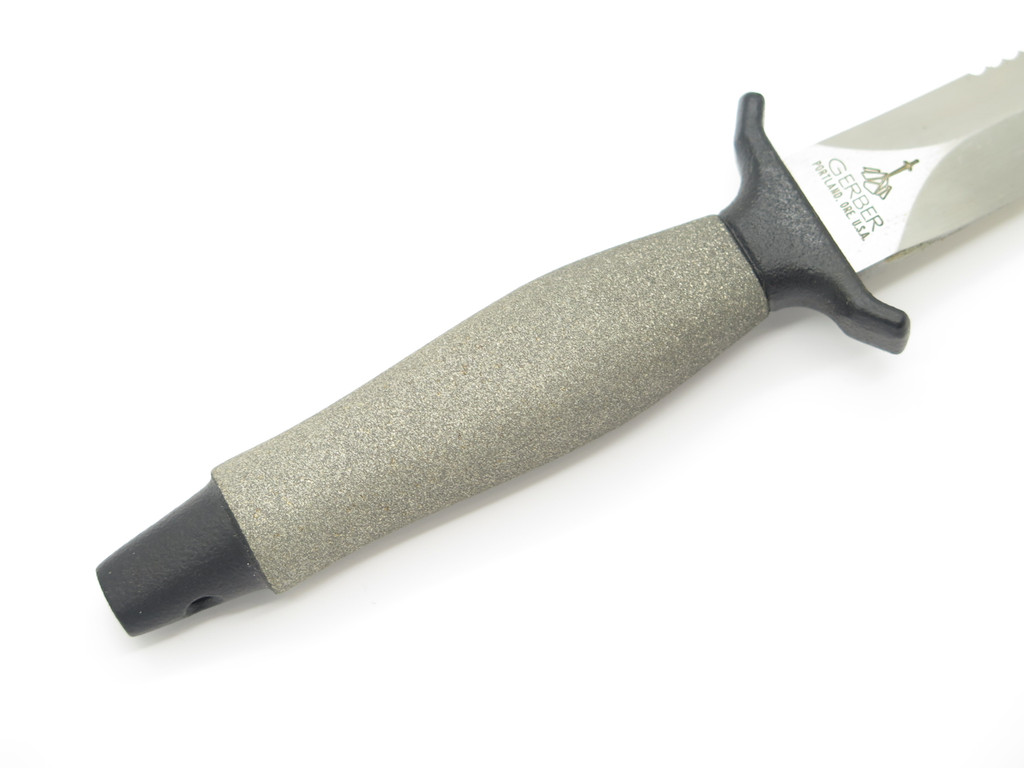 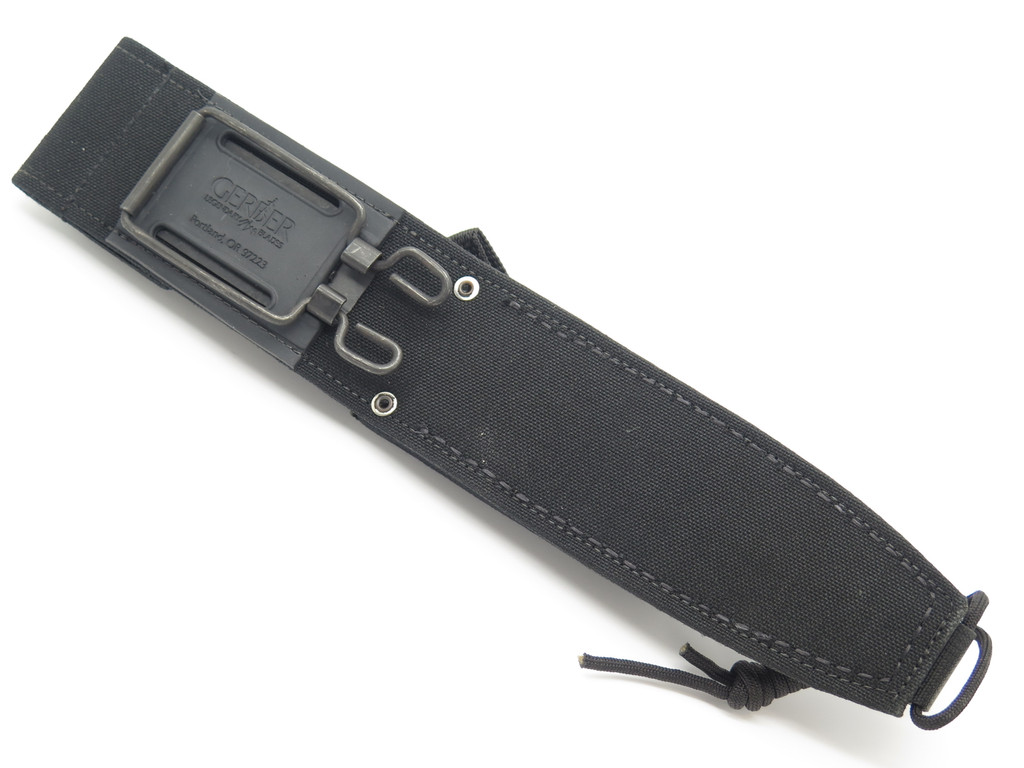 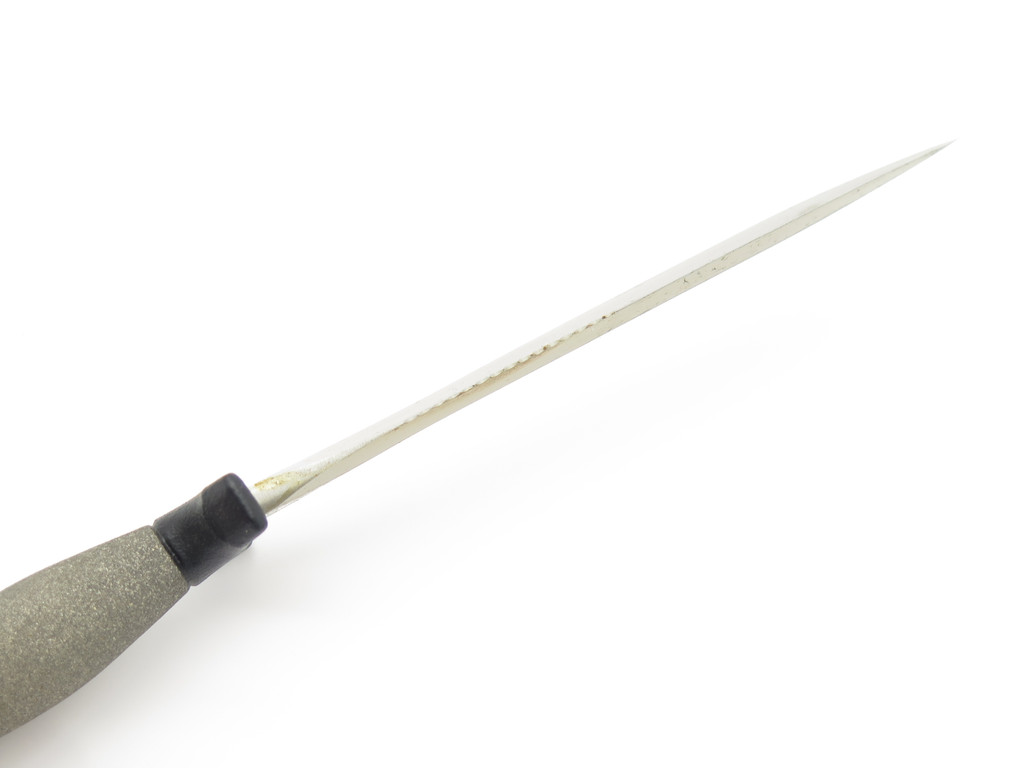 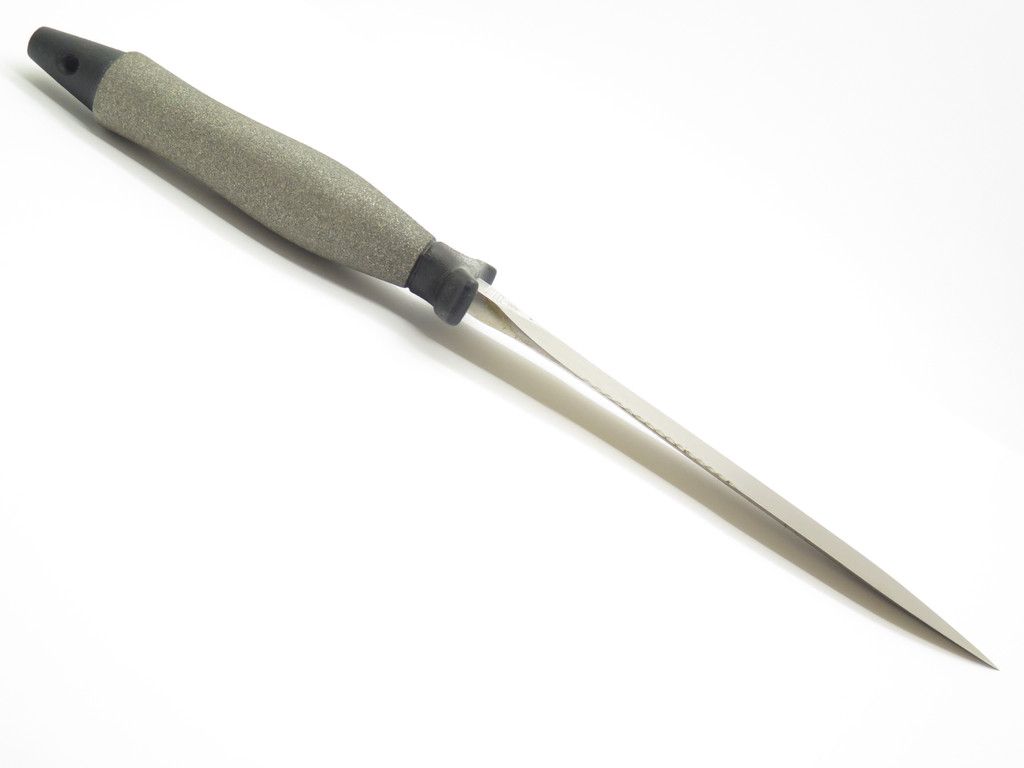 This is a rare vintage Gerber fixed blade dagger knife with sheath. Made in Portland Oregon in 1987 according to the date code E5671S. This knife is unique because it features the gray grip and a 5 degree offset like the 20th anniversary knives produced in 1986. It also resembles later versions with the cant, made for Cutlery Shoppe but those serial numbers begin with CS. The blade is Stainless steel and partially serrated on both sides. Knife comes with sheath in original box.