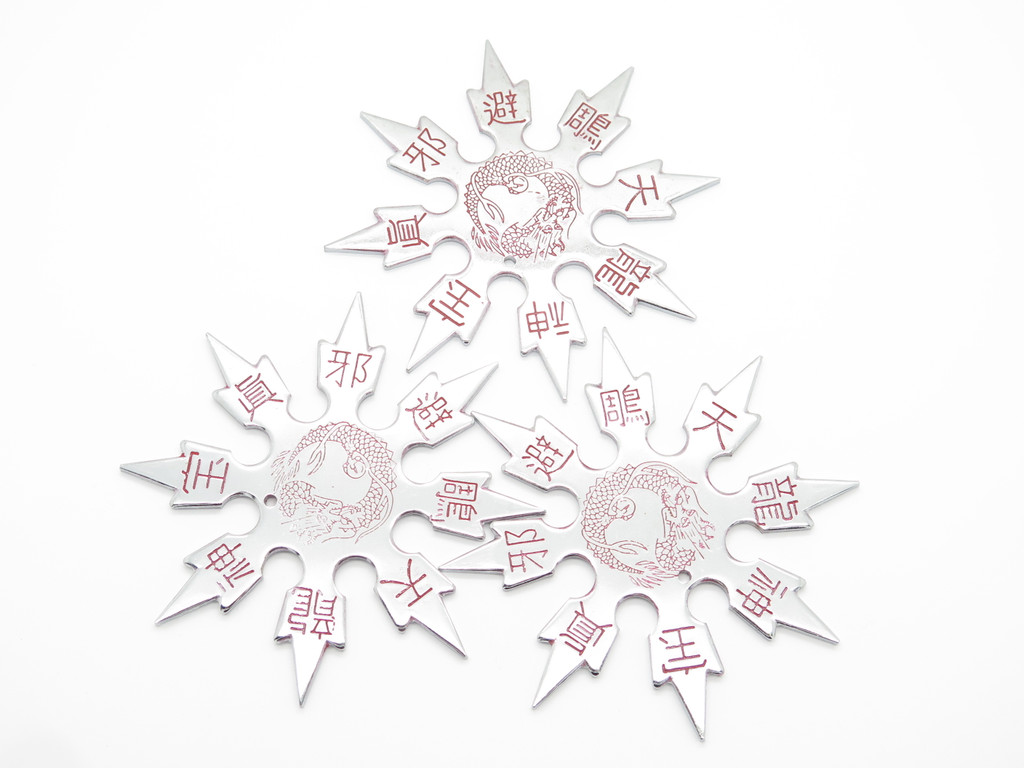 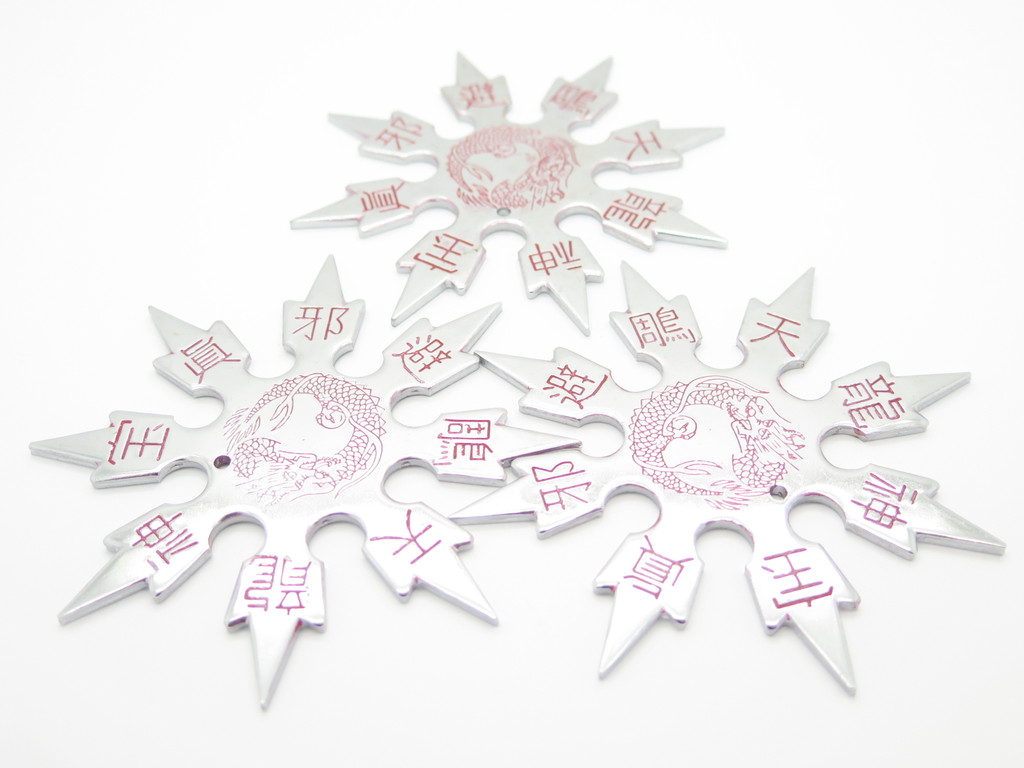 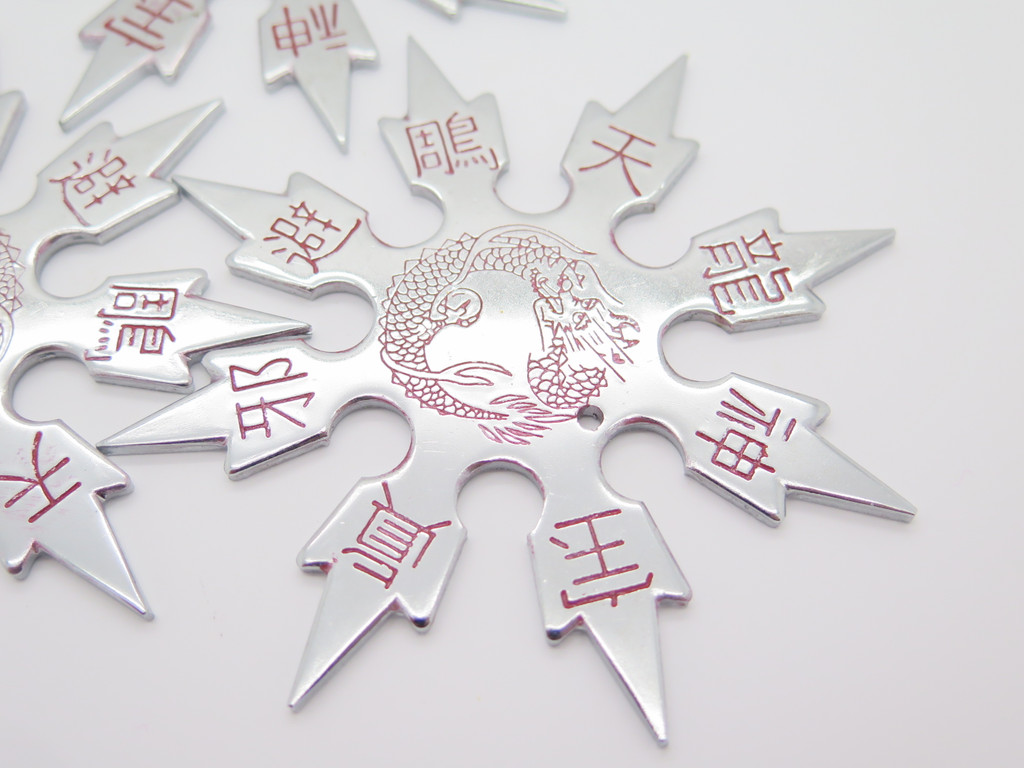 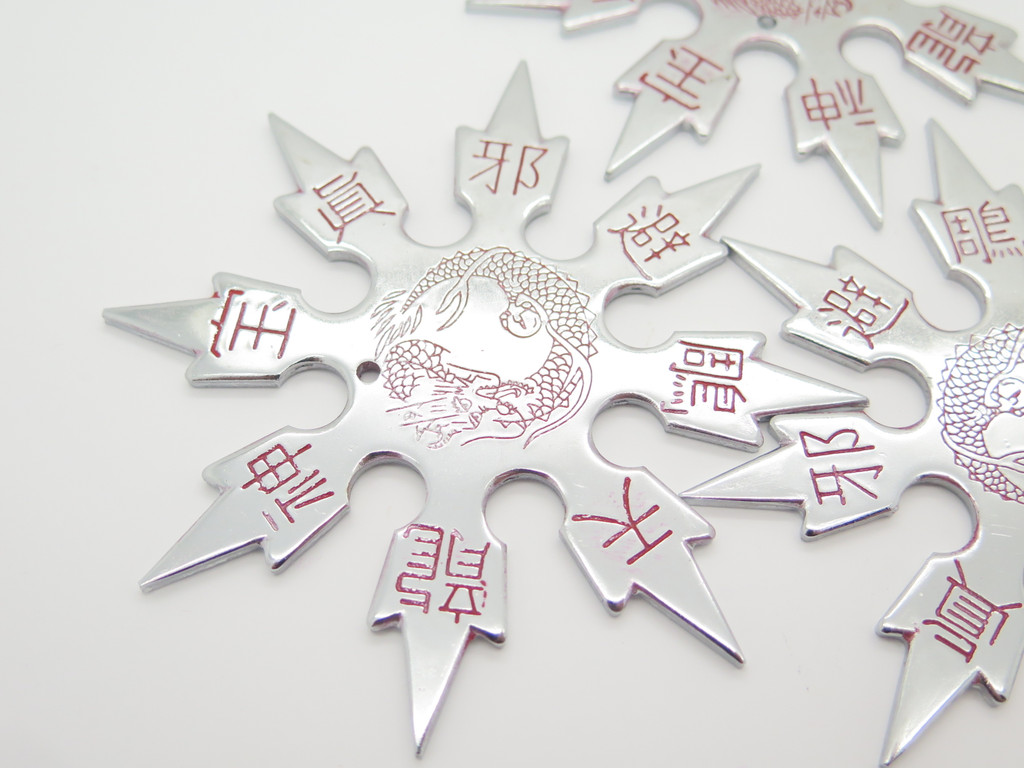 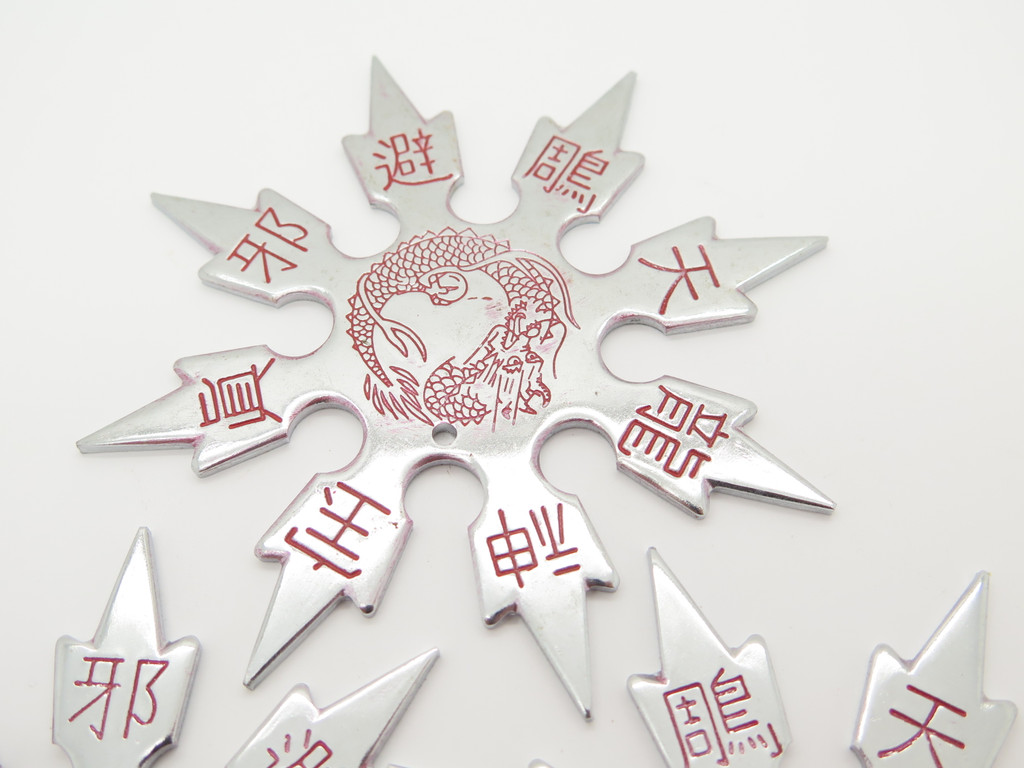 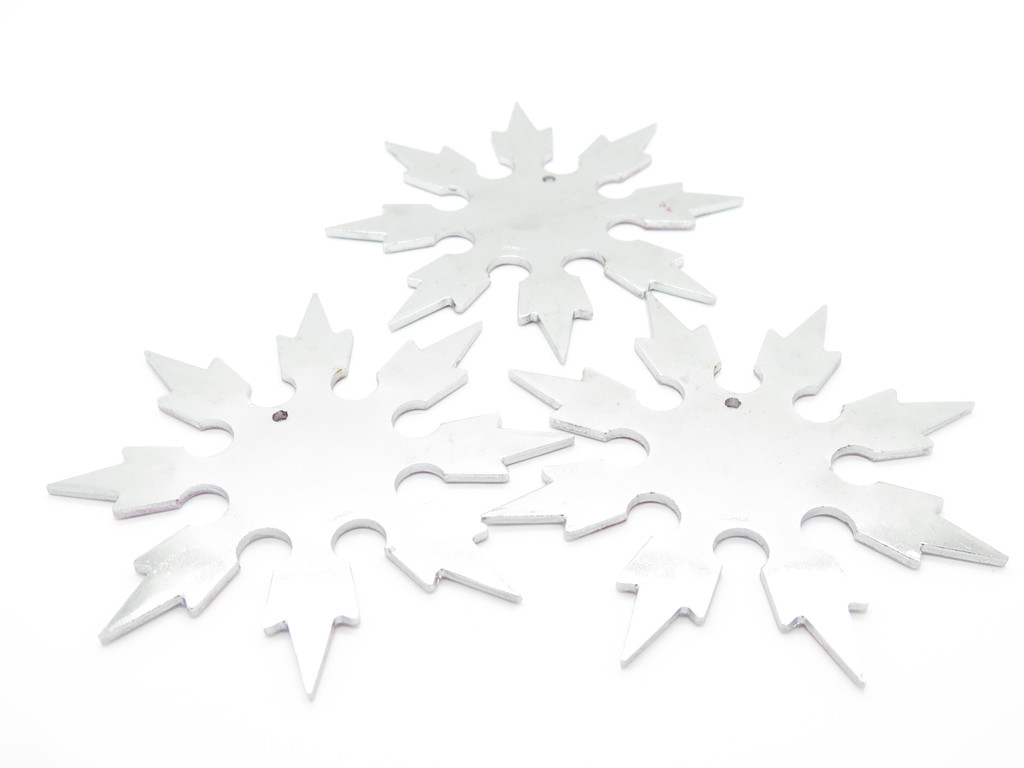 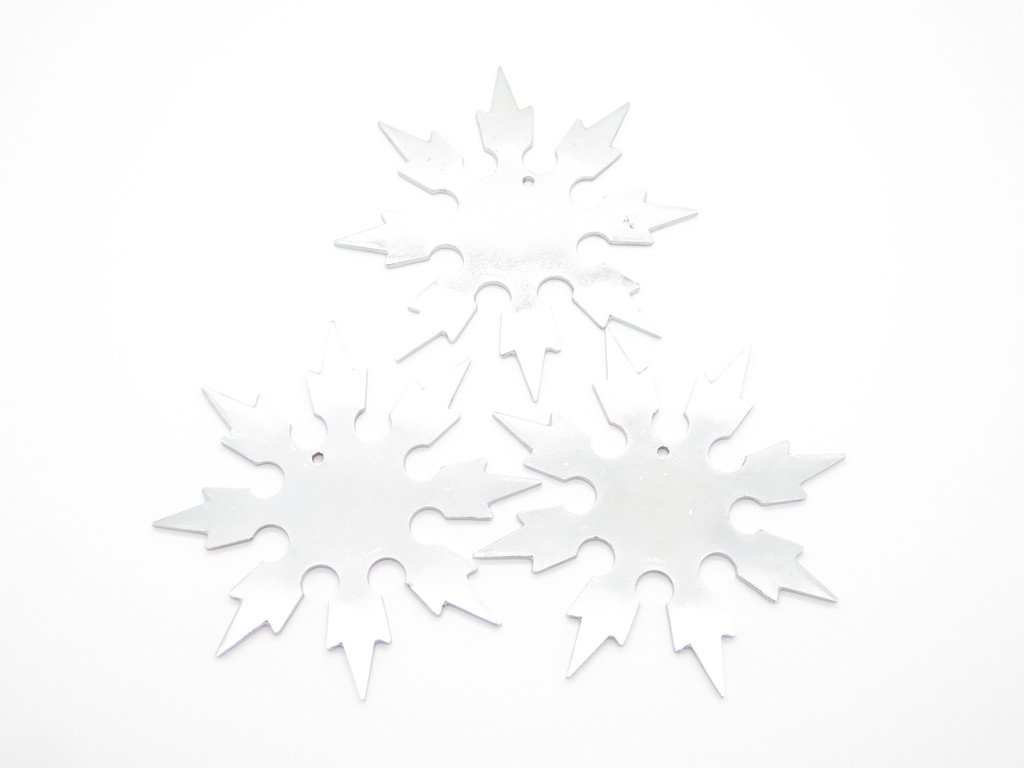 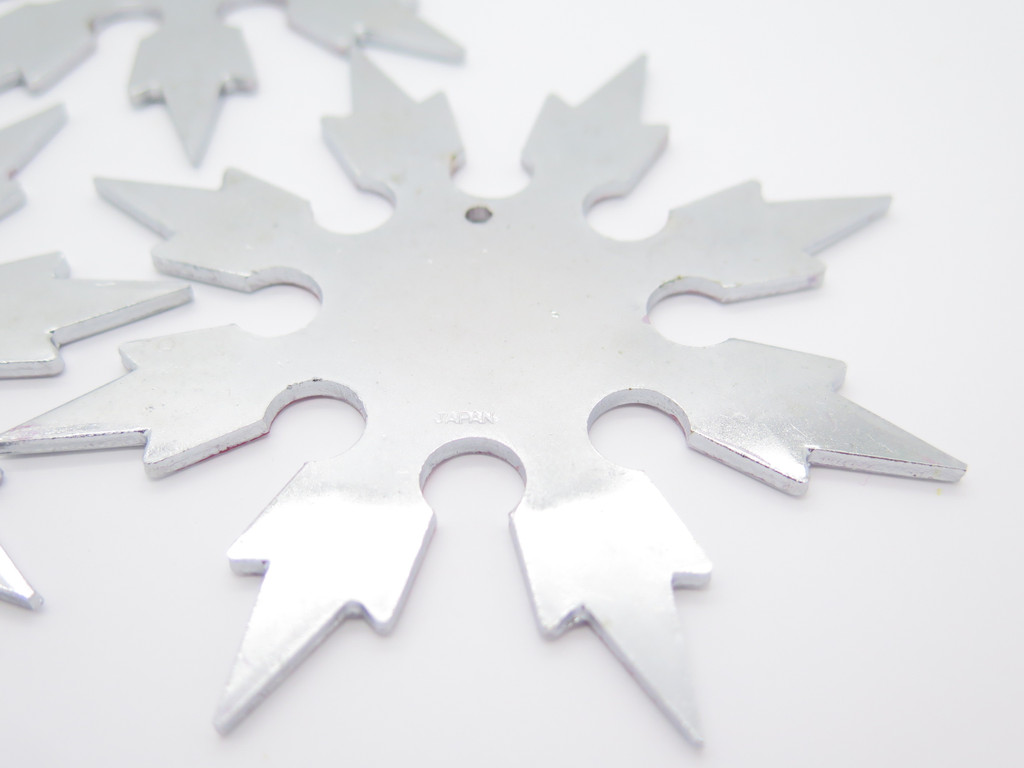 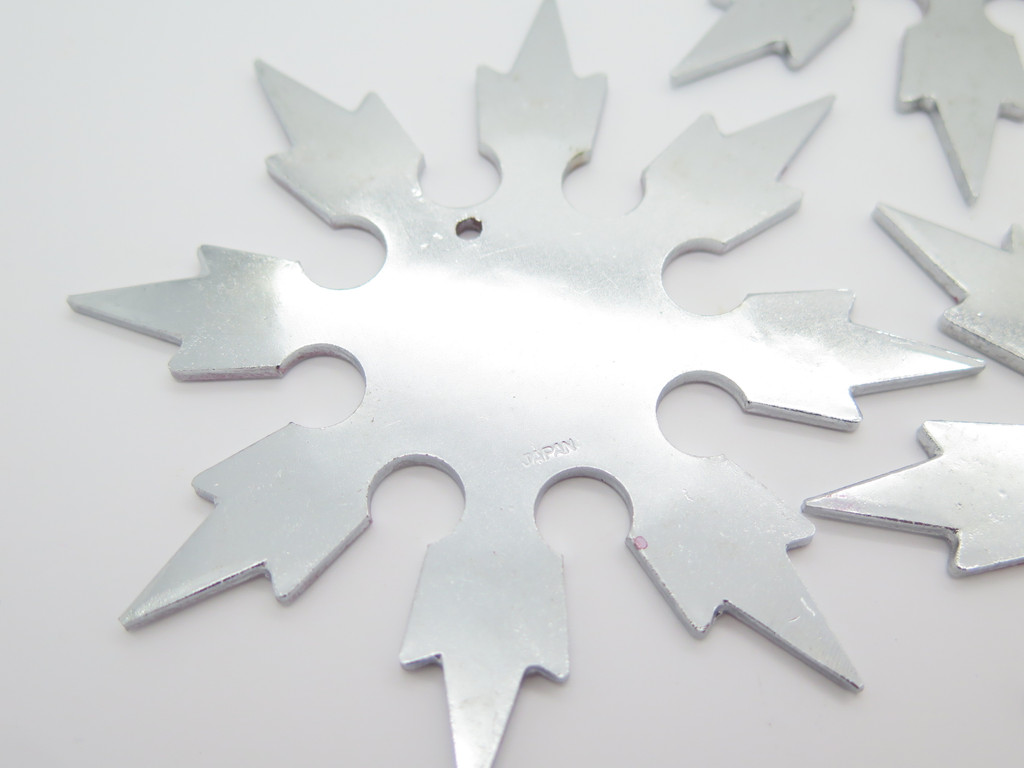 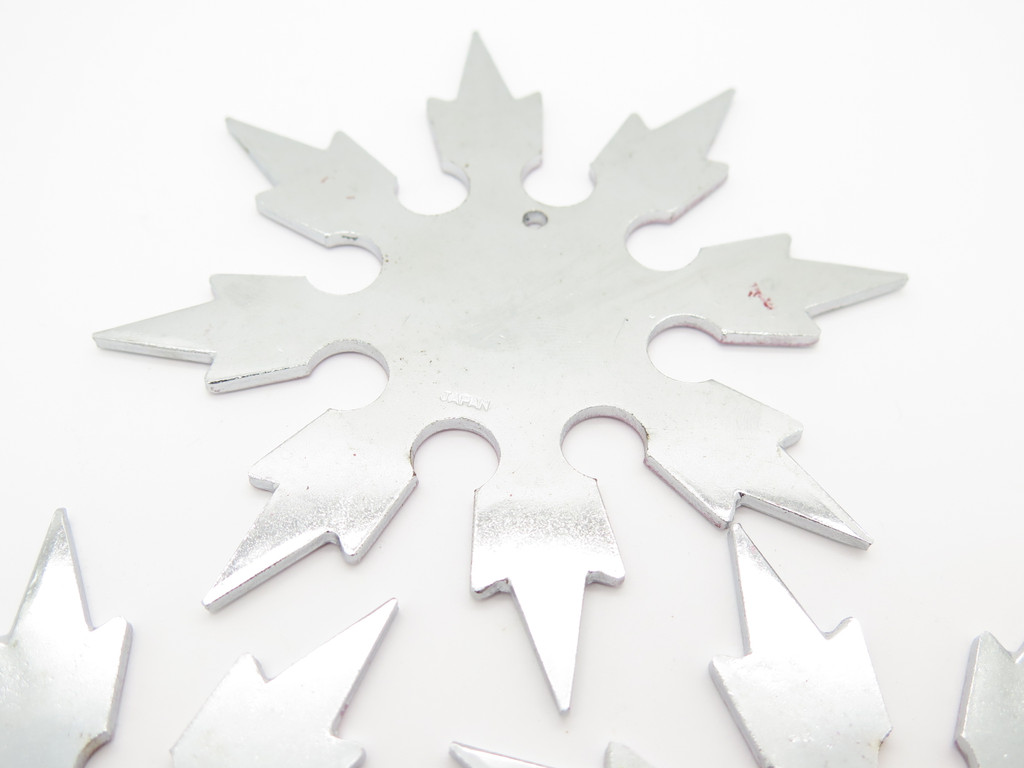 This is a lot of three Valor 8 point throwing stars made by Tak Fukuta in Seki, Japan circa 1970s-1980s. They are marked "Japan" and are identical to the shuriken that Fukuta made for Grandmaster Alan Lee during the same time period. They measure 4" from point to point and each point measure 1.5" long. Measures 3/32" thick. Tak Fukuta was the first Japanese member of the American Knife Maker's Guild, and apprentice to Bob Loveless. He hand crafted fine quality knives that impressed his mentor. Over the years, his factory in Seki, Japan also produced knives for Parker, Valor, Gutmann, Explorer, Frost, and Browning among others. After his passing, several vintage old stock models were found at his warehouse. These are some of these rare finds.